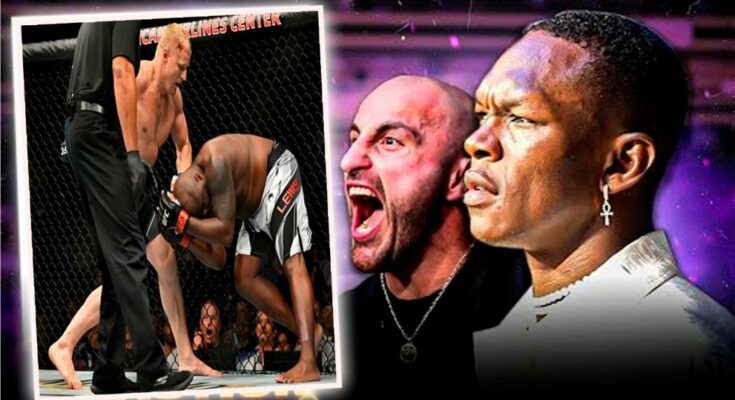 Sergei Pavlovich is apparently open to the idea of running it back with Derrick Lewis. Although he feels that he clearly won the fight and that there was nothing wrong with the stoppage, Pavlovich apparently doesn’t mind fighting ‘The Black Beast’ again.

According to ESPN MMA’s Brett Okamoto, Pavlovich’s agent Ali Abdelaziz told him that if Lewis wants to run it back and the UFC also deems it fit, Pavlovich will fight him again. Okamoto wrote on Twitter:

“Sergei Pavlovich’s manager Ali Abdelaziz (@AliAbdelaziz00) tells me he doesn’t think the stoppage of the Derrick Lewis fight was early last night (I would disagree), but if Derrick wants that fight again “he can get it if UFC wants.” I wouldn’t mind seeing it rebooked personally.”

Lewis has now lost three out of his last five fights and needs to win his next fight in the promotion to stay relevant as a legitimate contender in the heavyweight division.

The fight ended less than a minute into the first round as Miragliotta stepped in to end the contest immediately after Pavlovich dropped ‘The Black Beast.’

Lewis, like many including UFC president Dana White, felt that it was an early stoppage. Although he was clearly rocked after being knocked down, Lewis was trying to get back to his feet when the referee stepped in. Sitting cage-side during the fight, Adesanya and UFC featherweight champion Alexander Volkanovski both claimed it was an early stoppage.

In a recently shared video on his YouTube channel, Adesanya said:

“I’ll be honest, early. That was early. He’s getting back up. I know it may be that he might have gotten knocked down again but he was getting back up. Give him a chance, it’s Texas. It’s Texas, give the f***ing Beast a chance.”