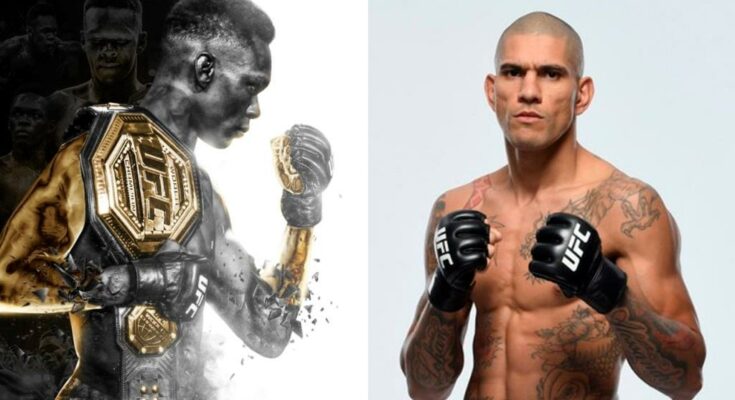 Eugene Bareman, the coach of UFC middleweight champion Israel Adesanya is confident that he will win a potential bout against Brazilian Alex Pereira.

That’s according to Israel Adesanya’s head coach Eugene Bareman who believes the promotion wants the fight to happen well before Alex Pereira’s vulnerabilities in mixed martial arts are exposed.

“They need to get Pereira to Israel as fast as they can,” Bareman told Submission Radio.

“Because obviously Pereira has a lot of vulnerabilities, and if they wait too long, those vulnerabilities will get exposed, and then there’s no fight.

“So you’ve got to push him toward Israel as fast as you can before any of those vulnerabilities are exposed. So that looks like it’s a next fight. Israel would love that fight. Israel would love that fight. I think he wants the fight. So, I mean, Israel’s the champ, he’s the man that’s put himself in a position where he can choose what he wants to do. So, it wouldn’t surprise me if that’s the next fight.

Both Pereira and Adesanya competed at UFC 276 this past weekend.

Alex Pereira went 3-0 in the UFC with an impressive first-round knockout victory over Sean Strickland. Adesanya, meanwhile, defended his middleweight title with a unanimous decision victory over Jared Cannonier.

And as far as Eugene Bareman is concerned, he only sees victory for his student, regardless of how good Alex Pereira is or his prior victories over the champion.

“I see what I always see,” Bareman said. “I see Israel getting a victory over that opponent. It’s got nothing to do with that it’s a new sport. I believe Israel beat him the first time. And Israel’s always harping on about it. If you watch the second fight, Israel was beating him handedly the second fight. And at the end that doesn’t matter. You can win 99 percent of the fight, and if you get knocked out at the end, then you lost. Like, at the end, that doesn’t matter. But that’s a reflection of what level to me the two guys are comparatively. And so if they fight again, it is what it is.

“If that’s what the UFC want, if that’s what the UFC push, that’s what Israel wants, then I’m very comfortable with that fight. And, man, it’ll be a hell of a fight. Pereira’s a hell of a fighter. He’s one of the best in the world at what he does. He’s got a lot of vulnerabilities, but he has something that not many fighters have. And he has that ability to turn your lights off in the blink of an eye. And it’s a rare gift, but my man’s had a hundred fights, and he’s dealt with people like that so many times. And it’s one thing to have the gift, it’s another to be able to use that gift against another opponent. And look, we’re obviously very confident that we’ll be able to win that fight.”

Full video interview of the coach at Adesanya’s bellow: