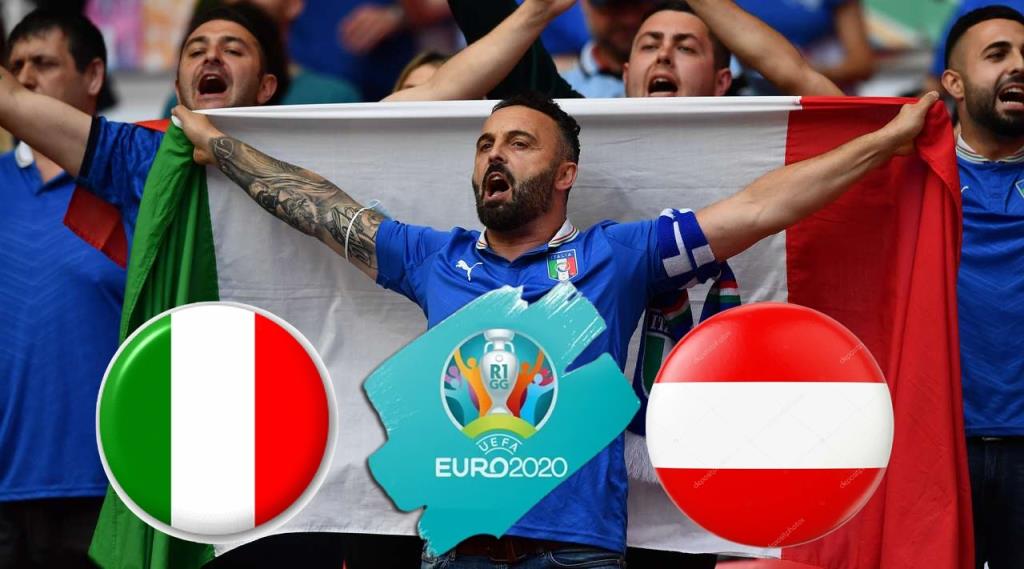 Italy vs Austria Fist Half

Italy vs Austria Second Half

Federico Chiesa and Matteo Pessina were the heroes as their goals in extra time sent Italy through to their fourth consecutive European Championships quarter-final, defeating a dogged Austria side 2-1 in front of a lively Wembley crowd.

In a mostly open first period, Lorenzo Insigne, Nicolò Barella and Leonardo Spinazzola all had efforts comfortably stopped by Daniel Bachmann in the Austrian goal, yet the 26-year-old keeper could only watch as Ciro Immobile’s dipping strike from 25-yards looped over his head, before clipping the top of the crossbar on its way out.

Pressing higher up the pitch, Austria managed to disrupt their opponent’s rhythm and had the ball in the back of the net midway through the second half but Marko Arnautović’s header was adjudged to have been fractionally offside by the Video Assistant Referee, Stuart Attwell.

Scoring twice inside the first half of extra-time, Italy’s quality prevailed, firstly through a controlled left-footed strike from 23-year-old Chiesa, before Pessina netted his second goal in as many matches which looked to have secured Roberto Mancini’s side a safe progression to the last-eight.

Prior to Euro 2020, Austria had never progressed past the group stage of a European Championships, but did end their maiden knockout match in the competition with a consolation from Sasa Kalajdzic. Stooping low to head home a Louis Schaub corner, the 6ft 7” striker’s fourth goal for Austria set up a nervy finish.

But it wasn’t to be and quarter-finalists in five of the last six European Championships, Roberto Mancini’s men will take on either Belgium or Portugal in the last eight of Euro 2020. Boasting a mix of youthful talents and proven experience, the ‘Azzurri’s’ hopes of being crowned European champions for the first time since 1968 are still very much alive.