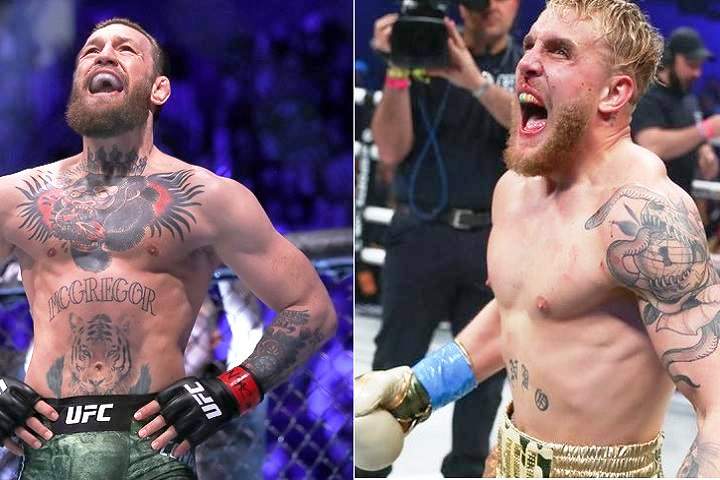 During a UFC 264 fight week where main event breakdowns run rampant on MMA-centric circles of social media, Jake Paul is adding his analysis to the fight Conor McGregor vs Dustin Poirier 3.

On Thursday, two days before Conor McGregor and Dustin Poirier square off in a lightweight trilogy fight at T-Mobile Arena, YouTuber-turned-boxer Jake Paul posted a pair of tweets that expressed doubt the Irish fighter is still in prime form.

“You can tell Conor has lost ‘it,’” Paul wrote. “He no longer speaks from a place of authenticity & you can tell he’s trying to convince himself of his own lies. He takes offense to everything now. He’s bathing in his own insecurity’s. When we fight I will further expose him for the fraud he is.”

In a follow-up tweet, Paul posted a picture of McGregor (22-5 MMA, 10-3 UFC) as he laid on the canvas after his knockout loss to Poirier (27-6 MMA, 20-6 UFC) in January. Paul revealed that an expensive piece of jewelry modeled after the picture will be unveiled on Friday.

“I had my jeweler custom make me a $100,000 dollar diamond necklace of this frame,” Paul wrote. “Reveal tomorrow.”

Thursday’s social media posts aren’t the first instances of Paul taking shots at McGregor. In December, Paul posted a series of profane videos that called out McGregor and UFC president Dana White. In one video, Paul even made an insulting reference to McGregor’s longtime fiancee Dee Devlin.

McGregor has largely ignored Paul’s prodding attempts, though he did tweet-and-delete in April a message making fun of ‘blogger jackass’ boxing.