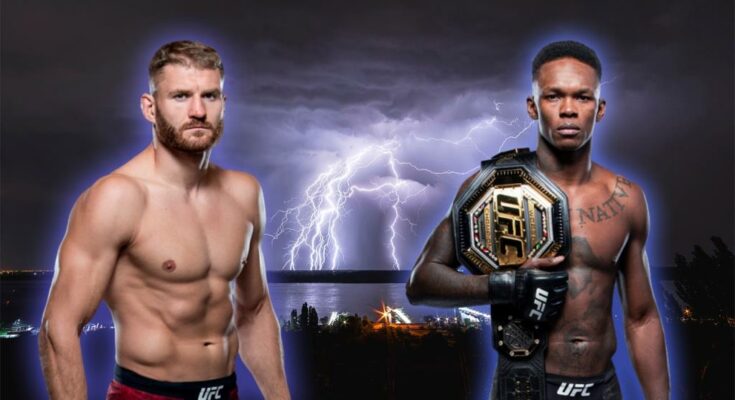 Jan Blachowicz and Israel Adesanya met in March 2021 at UFC 259 when the Polish fighter was the 205-pound champion.

The light heavyweight title fight went all five rounds and as history has it, Blachowicz derailed Adesanya’s dream of becoming a simultaneous two-division champion by earning a unanimous decision win.

Adesanya dropped back down to middleweight after the loss and he’s rattled off three title defenses in a row, beating Marvin Vettori, Robert Whittaker and most recently, Jared Cannonier. On the other end, Blachowicz lost his strap in his next outing, losing to Glover Texeira via second-round submission.

He bounced back in May by besting Aleksandar Rakic, who suffered a knee injury in the third round of their UFC on ESPN 36 clash. Blachowicz has been clear that he wants a title shot against now-champ Jiri Prochazka. But, “Denisa” recently came out and shared he wants to give the man he took the belt from, Teixeira, an immediate rematch.

So, Blachowicz told Ariel Helwani on Wednesday’s “The MMA Hour” that he would move to middleweight and challenge Adesanya if given the opportunity.

“Maybe this is the reason that now [Adesanya] will be very careful in the fights to not make any mistakes,” Blachowicz said via MMA Mania. “Just don’t lose the fight. Maybe I have to cut the weight and give him rematch in his category. If I have a chance, why not? For Izzy and his belt, to fight for the belt? I can try. When I was a fighter in Muay Thai, it was 91 kilos or [200 pounds]. For a title, I can sacrifice myself a little bit. Why not? I will do it.”