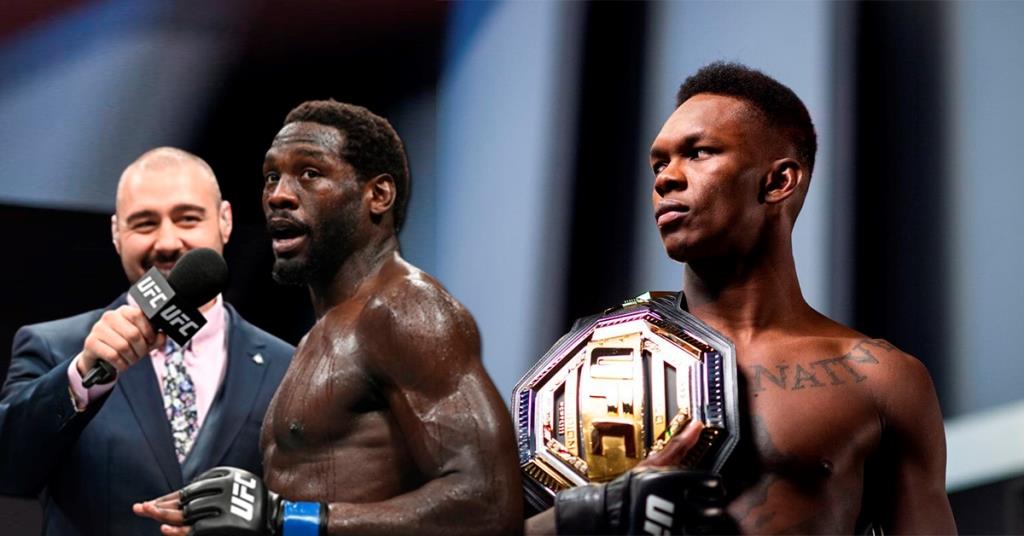 Jared Cannonier explains how he can beat Israel Adesanya. Cannonier believes a potential title clash with Israel Adesanya will be a fantastic matchup between two of the best strikers in the 185 lbs division. He recently broke down the matchup, which is likely to be booked for later this year.

Cannonier, during a recent appearance on The MMA Hour, claimed he’s used to fighting guys who try to wrestle him instead of trading blows on the feet. The 37-year-old feels it’d be a fresh change for him if he fights Adesanya, one of the best strikers in the sport. He said:

“This would be a good opportunity to showcase my true skills as a striker… Izzy [Israel Adesanya] being the caliber fighter he is, the type of fighter and the striker that he is, I feel is going to bring out a better version of my striking as well. But not only that, I have to be good everywhere. I mean I’m going to give him looks everywhere… I’m good everywhere so wherever the fight goes, I know one thing, if he ends up on the bottom it may not last too long.”

In a fight with Israel Adesanya, Jared Cannonier hopes to change the perception that his striking is all about the knockout power in his hands. Cannonier said he’ll be looking to use kicks to set up potentially fight-ending strikes against the reigning champion.

While he’s looking forward to a striking battle with ‘The Last Stylebender’, Cannonier claims he won’t take a one-dimensional approach. He plans on using his wrestling to drag the middleweight champ into deep waters. Once he gets the champ on his back, ‘The Killa Gorilla’ feels it’ll be a matter of time before the fight is stopped.

Jared Cannonier fought Derek Brunson on the main card of UFC 271, which went down this past weekend. Most were of the opinion that this was a No.1 contender’s bout. Cannonier battled through adversity in the first round to secure a TKO victory in the second.

Following his emphatic win over Brunson, Cannonier called for a title shot. Later that night, Israel Adesanya beat Robert Whittaker in their much-anticipated rematch to retain the title. Following the fight, the champ said he’s down to take on ‘The Killa Gorilla’ as early as June.

UFC president Dana White, at the post-fight press conference, seemingly gave his stamp of approval for a title fight between Adesanya and Cannonier later this year.

Cannonier seems to be okay with the timeline mentioned by the Nigerian-born Kiwi and said he’ll be ready to fight for the title in June. He told Ariel Helwani:

“It’s gonna be a really interesting fight. I hope it happens in June.”