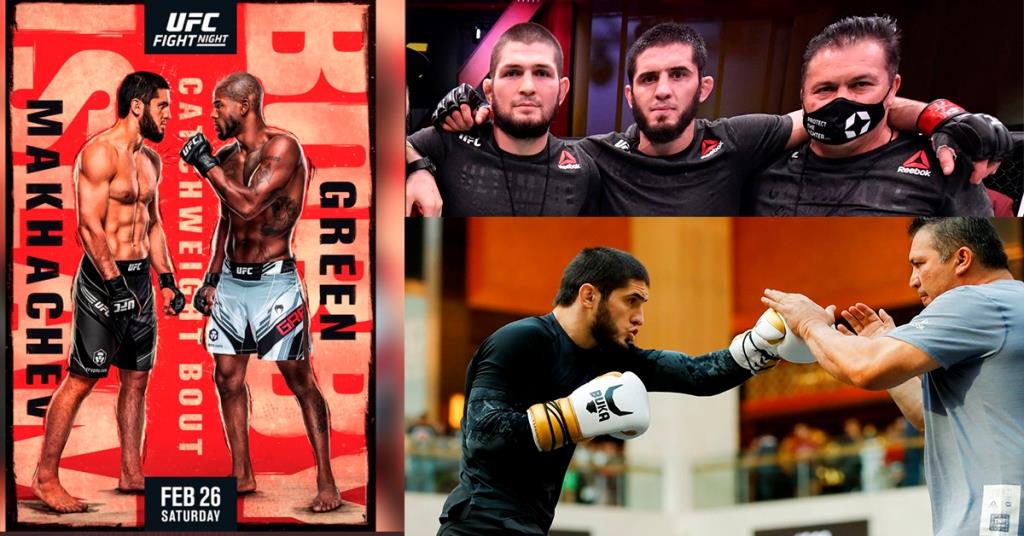 Javier Mendez believes Bobby Green could negotiate a catchweight fight against Islam Makhachev, as he took the bout on short notice.

The Dagestani phenom was set to take on Beneil Dariush at UFC Vegas 49. Green replaced Dariush at the last minute after the Kings MMA product was forced to withdraw due to injury. The 35-year-old is currently on a two-fight win streak after he put on an impressive performance to beat Nasrat Haqparast at UFC 271.

During a recent chat with Submission Radio, Mendez was asked why Makhachev and Green are fighting at a catchweight of 160 lbs. The AKA coach said that despite only making weight recently, Green probably indulged himself following his win against Haqparast. He said:

“I have no idea. I would imagine based on the fact that he’s taking this fight on short notice, and he pigged out. He’d probably not want to shock his body. Himself or his management did a very smart thing… So he probably pigged out after his fight and enjoyed himself. A much-deserved enjoyment, you would say.”

Javier Mendez believes Islam Makhachev should get a title shot if he beats Bobby Green
After winning his last fight against Dan Hooker, Islam Makhachev is on a nine-fight win streak, and is the no.4-ranked contender at 155 lbs.

Despite Makhachev fighting Bobby Green at a catchweight, Mendez believes the Dagestani fighter should be next in line for a title shot. During his interview with Submission Radio, the AKA coach said:

Mendez added that other top-ranked lightweight contenders, such as Dustin Poirier and Michael Chandler, have already been unsuccessful while fighting for the title. Makhachev hasn’t yet had a crack at 155-lb gold, and would present the champion with a fresh match-up.

With a win over Bobby Green, Islam Makhachev will be one of the favorites to take on the winner of the lightweight title fight between Charles Oliveira and Justin Gaethje at UFC 274. However, even if he’s overlooked yet again, there’s no shortage of exciting fights for him in the 155-lb division.