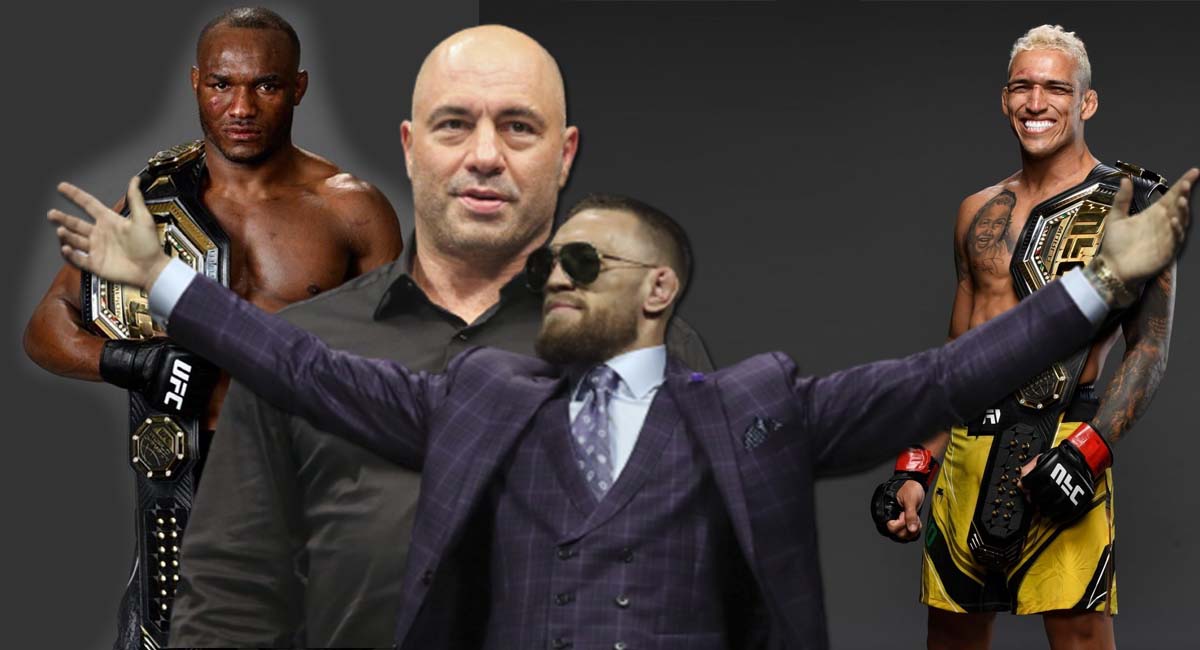 Joe Rogan shared his thoughts about who Conor McGregor should fight next: “Don’t put him in there right away with Usman”

It seems everyone is weighing in on who Conor McGregor’s next opponent should be, the latest being UFC commentator Joe Rogan.

Conor McGregor (22-6 MMA) hasn’t fought since July of 2021 where he went down to defeat in a lightweight battle with Dustin Poirier (28-7 MMA) at UFC 264. It was during that fight that McGregor broke his leg and he’s been rehabilitating every since. Now back to training, the Irish fighter is hoping to return to the cage by the summer of this year.

‘The Notorious’ has made his intentions known, claiming he’d like to jump into a title fight with Charles Oliveira (32-8 MMA) or Kamaru Usman (20-1 MMA) upon his return.

Joe Rogan, in speaking on the ‘4/20 special’ episode of ‘Hotboxin’ with Mike Tyson‘ shared his thoughts on who the Irishman should fight next:

“If Conor wants the most chance of success, I would say fight a guy who is a little below championship-level. Maybe like a guy on the come-up, who Conor has an advantage over, but is still a competitive fight. Give him a test. But don’t put him in there right away with Usman.”

Continuing the UFC commentator had this to say:

“I think, honestly, when boxers come back from a long layoff and they come back from a loss, one thing that boxers do that’s smart is they have a tune-up fight. I think there’s a reason why they’ve been using tune-up fights forever like astute managers. They know you got to knock the dust off and you’ll be better in the next performance.”

Joe Rogan ultimately said that McGregor should do what he believes is best for his career.

Do you agree with Joe Rogan that Conor McGregor needs a ‘tune-up fight’ before getting to the championship level? Who would you like to see the Irishman fight next?