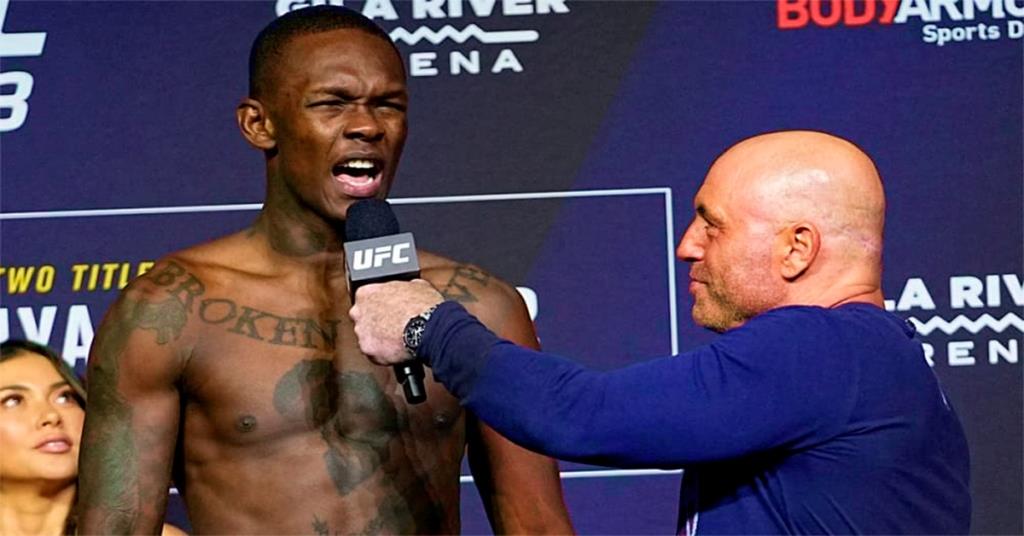 Rogan took to Instagram to post a video clip of the press conference that features ‘The Last Stylebender’ expressing his support for the veteran UFC commentator. He also attached a statement alongside the video, thanking Adesanya for supporting him. Rogan stated:

“Much love and respect to the great and powerful @stylebender”

Lately, Joe Rogan has been the recipient of a considerable amount of criticism from certain sections of the socio-political realm. Several celebrities, including the likes of singers Neil Young and India Arie, have alleged that Rogan uses his JRE (Joe Rogan Experience) podcast to spread misinformation regarding the COVID-19 vaccine.

Additionally, Arie took to her Instagram Stories to post a video compilation of Rogan saying the ‘N-word.’ Rogan’s critics argue that he shouldn’t have used the word at all. Meanwhile, his supporters note that the video comprises clips from several years’ worth of JRE episodes that have been taken out of context.

Rogan recently posted an apology video on Instagram for using the word. At the UFC 271 pre-fight press conference, Israel Adesanya spoke out in support of Rogan and stated:

“Look, there’s a lot of cus in this game, there’s a lot of snakes in this game. I’ve been in this fight game since 2008. And Joe Rogan is one of the nicest, coolest, humble motherfers I’ve had the pleasure of working with. Understand that. And it’s just, fk the noise, man. You know what they’re trying to do. You can’t control the man. And he’s got the biggest platform in the world right now. So, that’s my nia Joe Rogan. F*k the noise.”

Furthermore, Israel Adesanya later posted a tweet, doubling down on his support for Joe Rogan, insinuating that people mustn’t let the mainstream narrative dominate their perspective.

Israel Adesanya has vowed to finish Robert Whittaker at UFC 271

The first fight between Israel Adesanya and Robert Whittaker witnessed ‘The Last Stylebender’ win via second-round KO at UFC 243 in October 2019. Adesanya is now set to defend his UFC middleweight title in a rematch against Whittaker at UFC 271 on February 12.

Leading up to their rematch, Adesanya has promised to get the job done against Whittaker once again. In the UFC 271 Countdown video, Adesanya sent an ominous warning to ‘The Reaper’ and said:

“Me and him, we are not the same. We are not on the same level. I’ve knocked him out twice in one fight… So, I’m going to finish him again.”