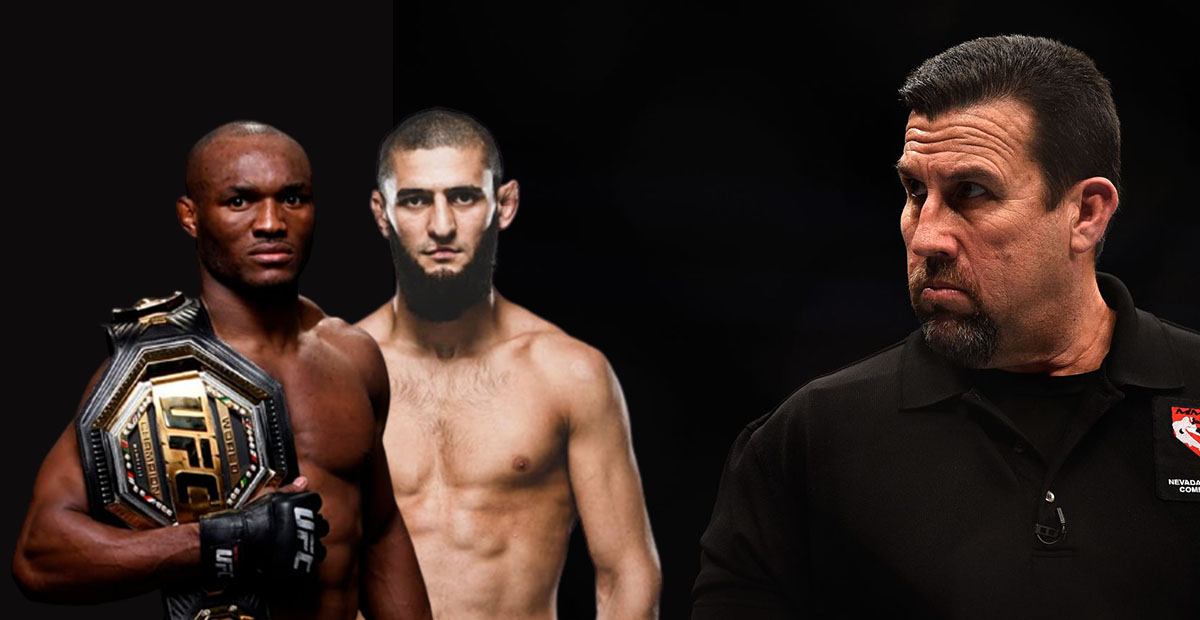 Kamaru Usman has been absolutely dominant at the top of the UFC’s welterweight division since winning the title in March 2019. Usman wiped out the division on his way to the top and followed it up with five title defenses.

Undefeated since 2013, Usman has tested himself much of the welterweight elite bar Khamzat Chimaev. Former UFC referee John McCarthy believes Usman and Chimaev might never come across each other in the octagon.

According to McCarthy, the desire to win for Usman could be waning due to a lack of new challenges. McCarthy believes fighters should hang up their gloves when they don’t feel the same yearning anymore.

McCarthy also believes it makes sense for Usman to retire after a title defense against Leon Edwards, which is currently on the cards. ‘Big John’ recently told Josh Thomson:

“There comes a point where the desire is not the same. And I would always rather see a guy say, ‘You know what? I don’t have that burning desire anymore, it’s gone. I’ve accomplished what I wanted to accomplish.’ I don’t have a problem if that’s what Kamaru Usman says in the end. He says, ‘You know what? I’ve done everything that I’ve wanted. I’m out’. Congratulations you deserve everything.”

Kamaru Usman was asked about a potential fight against Khamzat Chimaev after ‘Borz’s first-round submission win over Li Jingliang at UFC 267. Usman lauded Chimaev’s performance and also stated that he would be interested in a potential outing when the time arrives. ‘The Nigerian Nightmare’ told Yahoo Sports’ Kevin Iole:

“I think, you know, he’s a young guy that’s doing what he’s supposed to do with the opposition that he’s presented. You know, he’s doing the right thing and I’m proud of him. More power to him, you know, to be able to do that with guys, you know, that are presented to you at a certain level. He’s doing an A+ job with these guys… and so, yeah, he’s doing the best that he can with the opposition that he’s been presented. So, more power to him, you know? Respect. You know, if I’m still here, by the time he’s here, and that time comes then we’ll talk about that, and we’ll deal with that.”