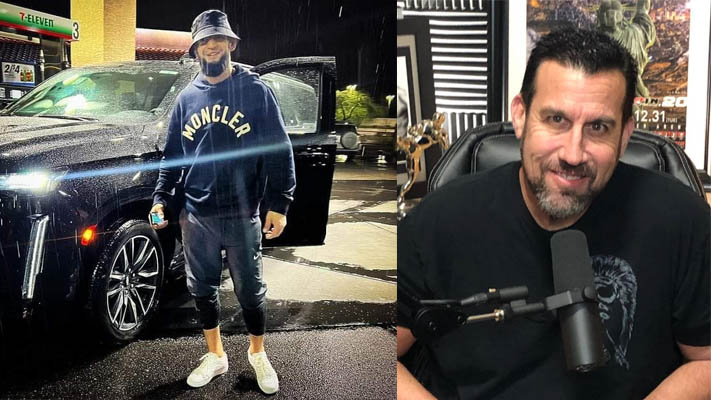 John McCarthy doesn’t believe Khamzat Chimaev has lost fans despite the controversy surrounding his part in UFC 279’s press conference brawl and missing weight for his bout with Nate Diaz.

‘Borz’ was originally set to face Diaz at UFC 279 last weekend but was forced out of the main event after missing weight. Chimaev instead fought Kevin Holland, whom he had been involved in a brawl with backstage at the UFC 279 press conference. The presser was then canceled due to safety concerns for the fighters and fans.

While fans understandably found the situation frustrating, it was Chimaev’s attitude and his lack of remorse for his actions that drew major criticism.

The 28-year-old flipped off booing fans at the ceremonial weigh-ins and later stated that he “didn’t care” that he missed weight during his post-fight octagon interview.

“I look at it like, yes, he has fans that now don’t like him. He has the evil side, the way they look at it. They wan’t to see him get beat. He’s got fans that like him, love him, wanna see him win. Now he’s got a sh*t ton of fans that don’t like him and wanna see someone whoop his a**. In my opinion, he’s a winner out of it. Go to Floyd Mayweather, It doesn’t matter if you wanna see me win or lose, just see me.”

Watch John McCarthy’s comments at the 8:00 mark below:

British UFC star Darren Till revealed he offered some words of advice to his friend and teammate Khamzat Chimaev during the controversial UFC 279 fight week. The Liverpudlian is essentially a teammate of the welterweight star and has accompanied him to the UFC octagon on multiple occasions now.

Till was with Chimaev during a recent altercation with middleweight Paulo Costa as well as during the backstage brawl that led to the cancelation of the UFC 279 press conference.

The Chechen-born Swede was audibly booed at every opportunity by fans during UFC 279’s fight week and Darren Till shared that he told Chimaev to accept the criticism and play the role of the bad guy.

“I said to him [Khamzat Chimaev], it’s time to embrace being the bad guy now. Embrace it, you know. I feel like since my career started not only have I done s**t, and this and that, I felt like a bad guy a lot of the time. I just said to him – after the press conference, the weight cuts, and everything – I just said, ‘What are you going to do mate, what are you going to do? Just embrace it, you’re the villain now, you’re the bad guy, you’re The Joker in Batman, you’re the evil guy so just embrace it’ and he did, like, so good.”