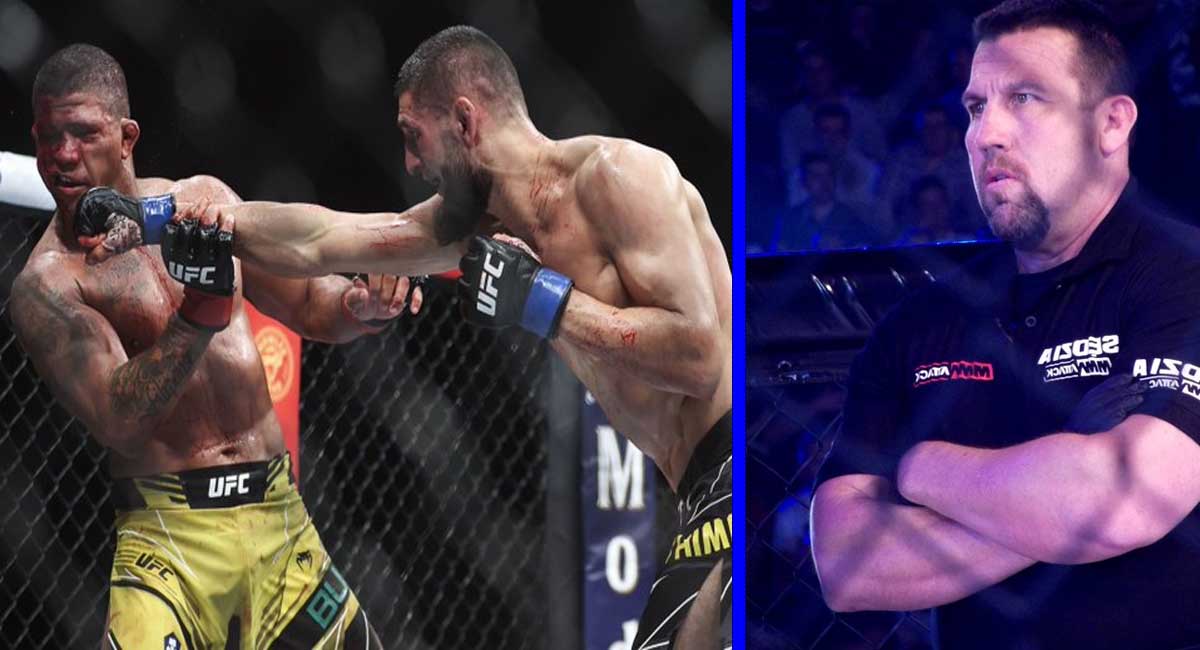 All eyes were on Khamzat Chimaev and Gilbert Burns at UFC 273 when the two welterweights battled for the first time.

This three-round classic saw both fighters receive cheques for the fight of the night bonus in a bout where Russian-born, Swedish fighter Khamzat Chimaev was able to maintain his unbeaten record and take a unanimous decision victory over the Brazilian.

Speaking on the Weighing In podcast, John McCarthy gave listeners his thoughts on the fight and what he felt the big difference was for Chimaev. ‘Borz’ had only received two significant strikes in four fights prior to facing Burns who, despite outstricking the Swede 119-108, didn’t come away with the victory.

It was the effectiveness of the jab from Khamzat that McCarthy felt won him the fight in the eyes of the judges:

“I thought his jab was the difference in the fight. His ability to land that jab consistently, even put him down in the first round with it, the jab was a big difference.”

McCarthy went on to explain that although Khamzat went for a takedown in the first round, Burns’ ability to get back to his feet was a first for Khamzat, who instead opted to lead with his jab, dropping the Brazilian in the first. The fight showcased Chimaev’s level of stand-up as he was taken to a decision which hadn’t been the case in his four previous UFC victories.

You can watch McCarthy talk about Khamzat Chimaev here:

Chimaev moves to 11-0 in the UFC and sees his meteoric rise continue. This was the first top-ranked opponent Chimaev has faced and many were surprised when Burns accepted the fight, being ranked No.2 while Chimaev was No.11.

Following his victory, Khamzat has cracked the top three, moving eight places to No.3 and Burns has dropped two places to No.4.

The bout was seen as the first real test for Chimaev. That proved to be the case as since his UFC debut, it is the first time in his professional fighting career that he has been taken to the third round and is his first win by decision.