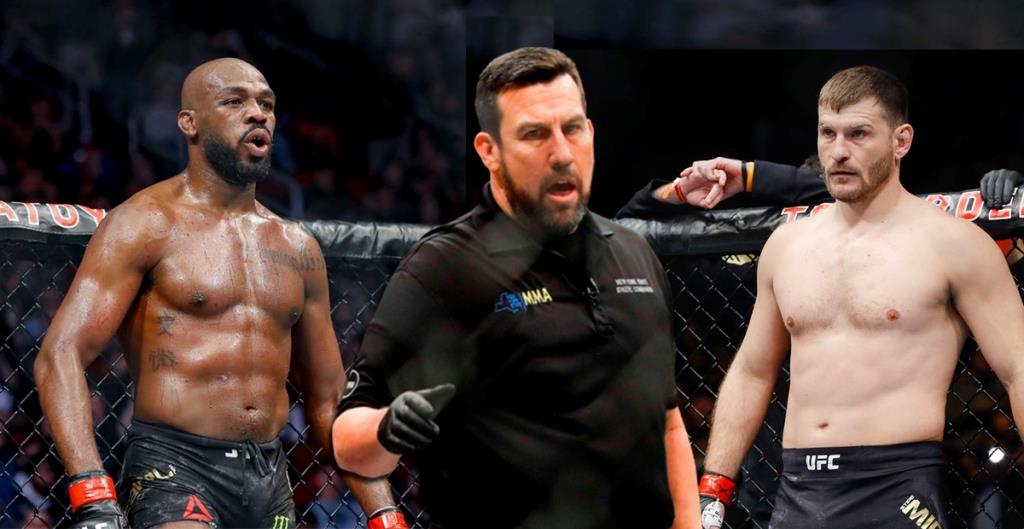 John McCarthy shared his thoughts how a fight between Jon Jones and Stipe Miocic would go.

John McCarthy believes Jon Jones is likely to get the better of Stipe Miocic if they share the octagon down the line. According to ‘Big’ John, the former heavyweight champion’s biggest strength is his wrestling but he’ll find it difficult to put Jones in trouble in the grappling department.

Instead, it is ‘Bones’ who might cause Miocic problems with his own wrestling, feels the former UFC referee. McCarthy also pointed out that age seems to be catching up with Miocic and he’ll find it difficult to hang with the likes of Jones inside the octagon.

“Stipe is getting older and it’s the wrestling that usually works for him. He’s got the ability to have that in his back pocket where you can either use it or at least threaten it and people have to, you know, fight a certain way. He’s not going to be able to threaten it in any fashion with Jon. That’s going to cause a problem and Jon can do it in reverse to him.”

Jones’ physique and agility make it hard for fighters to take him down. He’s been a New York State Wrestling Champion, National Junior College Wrestling Champion, as well as Greco-Roman All American. That leaves little doubt about the former light heavyweight champ’s wrestling prowess.

John McCarthy believes Jon Jones vs. Stipe Miocic should have an interim title on the line

Jon Jones is expected to make his debut in the heavyweight division sometime this year. He recently took to Twitter to tease a potential clash with Miocic.

According to John McCarthy, the potential clash between Jones and Miocic could have an interim title on the line. Francis Ngannou is the reigning champion but is expected to undergo surgery on his knee for a damaged ACL and a Grade 3 MCL tear. According to his manager, Ngannou is unlikely to compete for the remainder of the year.

Given that Ngannou could be out for a year, McCarthy believes that a fight between Miocic and Jones should have an interim title on the line. He said:

“It should be for the title and I do believe that’s exactly what the UFC will do and I think Jon knows it’s coming.”

It remains to be seen how things will play out atop the heavyweight division.