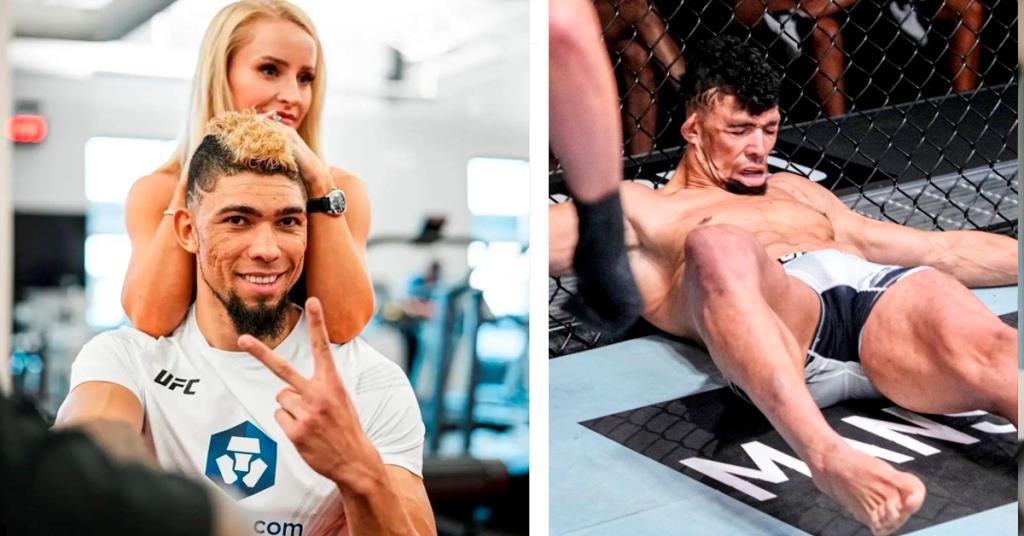 Johnny Walker’s fiancé Tara C. Campbell has blasted online trolls for creating and spreading memes of her partner following his devastating knockout loss to Jamahal Hill this past weekend. In a strongly worded message on Instagram, she showed her support for Walker.

Following his knockout loss to Hill, memes of Walker getting knocked out have been doing the rounds on social media. Understandably, it was disturbing for him as well as his family to see people mocking him over getting slept inside the cage. Some even chose to insult the fighter and his partner by sending them vile DMs on Instagram.

She pointed out that fighters have to put in a lot of work and make a lot of sacrifices just to step inside the octagon. She added that it’s not acceptable to poke fun at the injuries they suffer. Given below is an excerpt from her post on Instagram shared by Walker.

“Sometimes you’re the hammer. Sometimes you’re the nail. Proud of you always. And just a note in response to the onslaught of comments online. And the disgusting DMs I’ve received from fake or private accounts antagonising me, and/or ridiculing Johnny. How fu**ing dare you. This is a sport. No one but the athletes and their inner circle know the sacrifices the athletes make. The effort and dedication that goes into a camp. The training. The impact it has on those around them. The mentality. This fight didn’t go Johnny’s way. For most of you, this is a sport you enjoy watching and knock outs like Saturday’s provide entertainment factor. But Johnny is my fiancé. He’s a son. A brother. An uncle. A friend. He’s so much more than a meme some people have made him into.”

Not too long ago, Johnny Walker was touted by many as the man who’d end Jon Jones’ run in the light heavyweight division. He picked up three first-round knockout wins on the trot upon joining the UFC, but it has gone downhill since then. Walker has managed to win just one out of his last five fights.

Despite suffering a devastating loss this past weekend, Walker is trying to remain positive and is looking forward to the next time he enters the octagon. In a recent post on Instagram, the Brazilian said he’s doing fine and is looking to put up a better performance in his next fight.

At just 29, Johnny Walker still has a long way to go in his career. He has the physical attributes, athleticism and power to compete with the best fighters at 205 lbs. He will be hoping to make the necessary adjustments and return to the win column down the line.