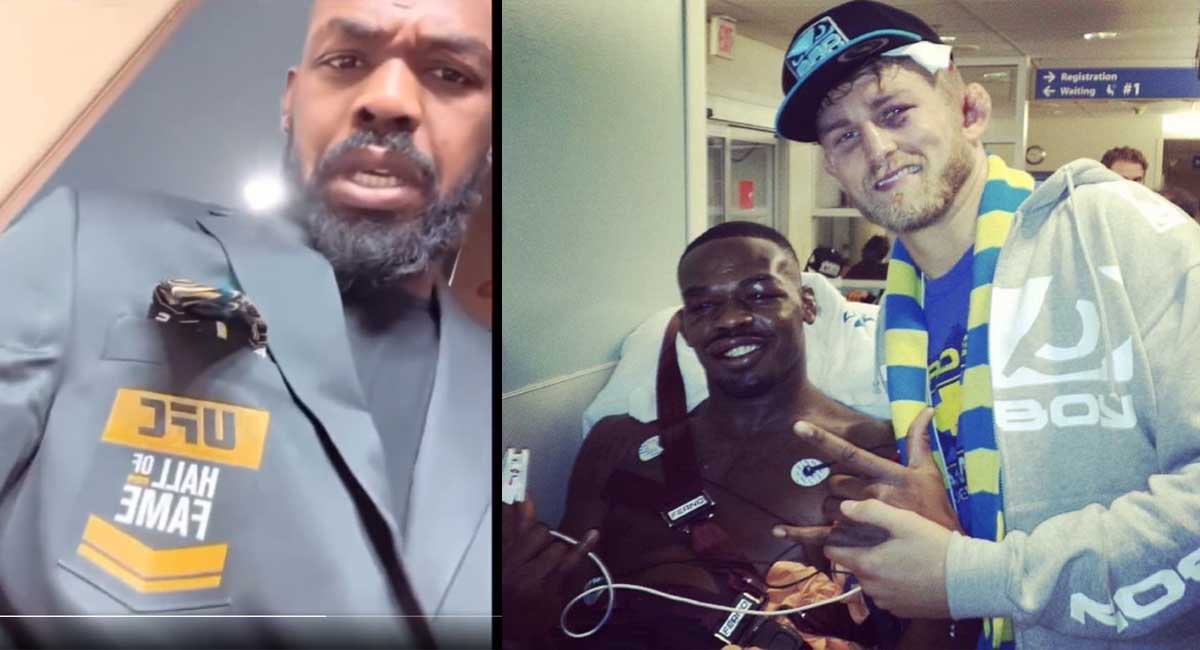 The night Jon Jones was inducted into the UFC Hall of Fame didn’t end as he had hoped. However, the moment apparently still holds a special place in his heart.

Jones was arrested in Las Vegas last September, hours after he was honored at the prestigious ceremony. Footage of his arrest bellow later showed the former UFC light heavyweight champion blaming the officers for ruining his special night.

Right now, though, it appears that Jones is ready to look back on that fateful night for the good, rather than the bad and the ugly.

‘Bones,’ on his Instagram stories, revealed what he intends to do with his UFC Hall of Fame jacket after apparently keeping it stored away in the closet for months. The former 205-pound kingpin said:

“I was just doing some spring cleaning. [I was] cleaning all the closets and I came across this old thing.”

In the following Instagram story, Jones revealed that he’s going to take the suit to the dry-cleaners and have it framed as memorabilia. The UFC superstar wrote:

“Time to finally take this thing to the dry cleaners and then the frame shop. On to bigger and better things.”

Jones, of course, was inducted into the 2021 UFC Hall of Fame for his iconic showdown with Alexander Gustafsson at UFC 165. The bout is regarded as one of the most remarkable moments in the octagon.

Jon Jones could fight for the interim heavyweight title in his comeback fight, according to UFC president Dana White.

With reigning champion Francis Ngannou expected to miss a significant amount of time recovering from surgery, White admitted that an interim title could be in play. Furthermore, the UFC boss revealed that Jones could slide into the title fight in his heavyweight debut. In a previous interview with ESPN MMA, White said:

“Not until we know what Francis is gonna do or what’s gonna happen, but if that’s the case, if he ends up sitting out for a year, Jon could come right in and fight for a title.”

On top of his injury, Ngannou’s contract dispute with the UFC hasn’t been settled yet. His current deal is set to expire at the end of the year unless the UFC can come to an amicable agreement with ‘The Predator.’

Check out Dana White’s comments on Jon Jones below: