The American fighter first challenged McGregor to a welterweight fight, after which Conor made harsh remarks about him on his Twitter page.

Conor McGregor has fired back at Jorge Masvidal after ‘Gamebred’ called him a steroid-using “little boy” in a recent interview.

“An absolute pigeon brain this guy is. Stupid beyond belief.”

However, after these words, Jorge Masvidal himself began to doubt the intellectual abilities of Conor McGregor, who did not want to have a hype fight with him.

“This pea brain is the biggest fight of your life. So you’re either too scared or too stupid to get this check”, – Jorge Masvidal stated.

This came in response to ‘Gamebred’ questioning McGregor over the possibility of him injecting steroids.

Trash talk is the nature of the beast in mixed martial arts and that’s especially true at the elite level in the UFC, with more and more fighters using it to build their star power and also lure some of their rivals into big fights.

At this stage in proceedings it’s hard to really tell whether this potential welterweight collision will go down, given the legal proceedings currently ongoing for Masvidal in the midst of his issues with Colby Covington.

McGregor, on the other hand, appears to be in the best shape of his life with the intention being for him to have another run at 170 pounds as opposed to lightweight.

The idea of a McGregor vs. Masvidal fight is nothing new, as they are two of the most famous fighters in the sport. In the past, UFC president Dana White has dismissed the possibility of pairing them together, arguing that Masvidal holds too much of a size advantage of “The Notorious.”

McGregor hasn’t seen action since July 2021, when he suffered a broken leg in his trilogy fight with Dustin Poirier at UFC 264. White has said repeatedly that McGregor is expected to return this year, but reports have mentioned his comeback may be held off until 2023.

When he does come back, though, McGregor has said it’s his intention to compete at welterweight. That’s the division where Masvidal resides, although “Gamebred” is currently on a three-fight losing skid with two defeats to champion Kamaru Usman and another against rival Colby Covington.

Masvidal is currently tied up in a legal battle that came in the fallout of his unanimous decision loss to Covington at UFC 272 in March. He allegedly sucker-punched his former teammate outside a Miami hotspot, which resulted in multiple felony charges. 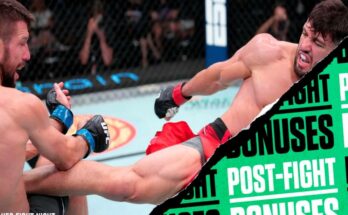 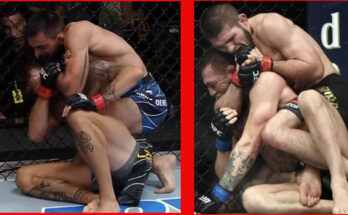