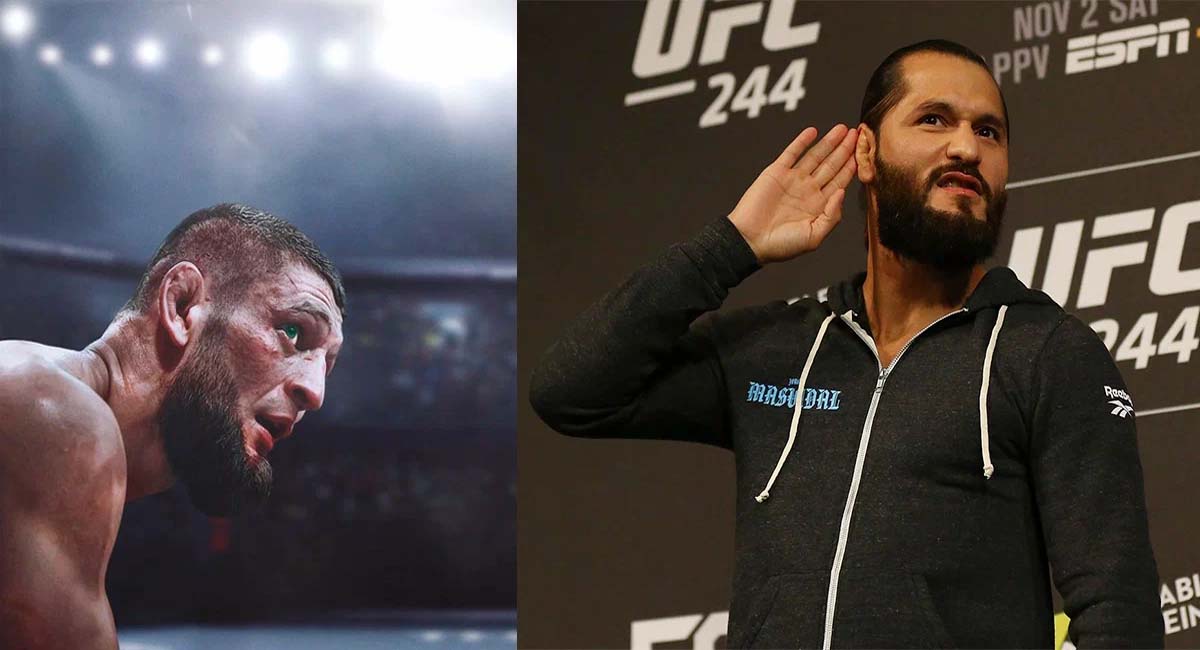 Jorge Masvidal recently offered his take on up-and-coming welterweight sensation Khamzat Chimaev. Masvidal argued that Chimaev has not beaten any respectable fighters yet.

While in conversation with Logan Paul and Co. on the IMPAULSIVE podcast, ‘Gamebred’ argued that the only reason Chimaev was considered a force to be reckoned with is that the UFC believes he has the potential to be a big draw.

Furthermore, Masvidal claimed that Chimaev’s ethnicity and religious beliefs could attract funds from “Arabic countries.” However, as far as he is concerned, ‘Borz’ needs to prove his worth by locking horns with a high-profile fighter down the line.

“I don’t think s**t of him. He hasn’t fought anybody, you know. It’s like, you know, he’s got a while to go. He’s got to go fight some guys. They talk big about everybody they think they can get money from. They know that he could bring in those Arabic countries that got a lot of money. But as far as him having fun and beating guys, yeah, you know, I haven’t seen one guy yet that he’s beaten and I’m like, okay, he beat up somebody good.”

Khamzat Chimaev is currently coming off a unanimous decision win against Gilbert Burns at UFC 273. The duo put on a sensational bout that won ‘Fight of the Night’ honors and is an early contender for the ‘Fight of the Year’ award. The win over Burns saw Chimaev break into the top five of the 170lbs rankings.