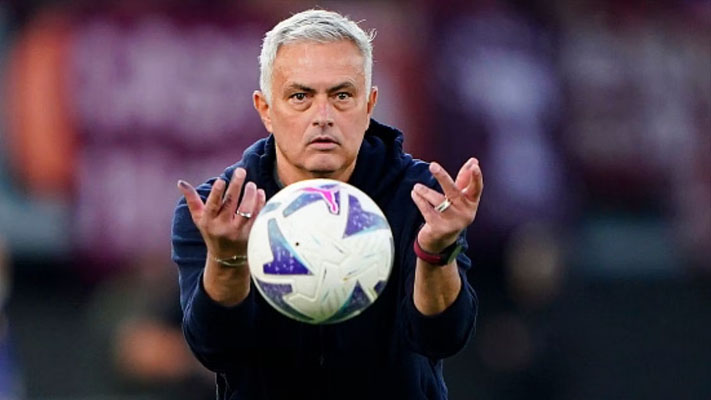 AS Roma manager Jose Mourinho has asserted that Japan’s recent 2-1 win over Germany at the 2022 FIFA World Cup failed to surprise him.

Japan opened their campaign in the quadrennial tournament with a shock Group E victory in Doha, Qatar, on Wednesday (23 November).

Ilkay Gundogan opened the scoring from the spot in the 33rd minute before Kai Havertz had a goal ruled out for offside in the first half. However, the Samurai Blue bounced back in style in the final 15 minutes of the contest through two goals from Ritsu Doan and Takuma Asano.

Speaking at a recent press conference in Tokyo, Mourinho shared his thoughts on Japan’s iconic victory over the four-time FIFA World Cup champions. He told reporters (via Sky Sports):

“Of course, it’s a fantastic achievement but to be honest, it was not like a crazy surprise. Japan is a good team, has good players, is getting the accumulation of experience at these events. The majority of the players play in Europe, where they develop faster and they understand better about the high-level game.”

Mourinho, who is currently in Japan with his side to attend a winter training camp this month, claimed that European teams often rely too much on individual talent on the pitch. He added:

“And I think, the mentality of the players and the team can also make a difference. I think in this moment, in European football, there is a big focus on the individual, big focus on egos.”

“I never coached Japanese players but I have coached Asian players. In my case, I was lucky because I coached the best Asian player [Son Heung-min] and I understand that the mentality is really special. The team is the most important thing, people play for the team, they don’t play for themselves.”

Japan are next set to lock horns with Costa Rica on Sunday (27 November) before facing Spain four days later at the 2022 FIFA World Cup.

According to SPORT, Real Madrid are keeping tabs on Japan and Real Sociedad midfielder Takefusa Kubo with the intention of signing him.

Kubo, 21, has been one of the best Asian talents over the past few seasons. After spending four years in Barcelona’s youth setup between 2011 and 2015, he made his professional debut at FC Tokyo. He moved to Real Madrid as a free agent in 2019 and left earlier this summer after loan spells at Villarreal, Getafe and RCD Mallorca.

A left-footed technical operator adept at operating in a host of forward roles, Kubo has registered two goals and four assists in 17 matches across all competitions for Real Sociedad in the ongoing 2022-23 season.

Kubo has featured in 45 minutes of FIFA World Cup action for Japan so far. A good campaign is expected to increase the number of his suitors.