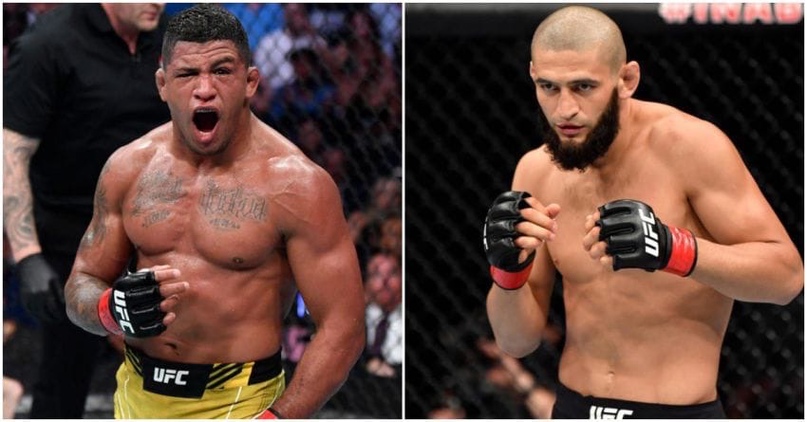 Josh Thomson and former MMA referee John McCarthy have suggested that Khamzat Chimaev will be tested in his upcoming fight against Gilbert Burns.

In an edition of the Weighing In podcast, former UFC lightweight Thomson alluded to Burns’ outstanding grappling prowess. He noted that he’s seen the Brazilian jiu-jitsu savant dominantly out-grapple opponents much bigger than him.

Lauding the multi-time Brazilian jiu-jitsu world champion for his skills on the mat, Thomson also pointed to Burns’ fast and powerful striking which compliments his grappling skills.

Nevertheless, both Thomson and McCarthy indicated that Chimaev is more likely to emerge victorious in the fight against Burns.

Furthermore, Thomson and McCarthy seemingly concurred that ‘Durinho’ may be unable to take Chimaev down. They insinuated that ‘Borz’ being the bigger fighter, coupled with his otherworldly wrestling skills, would make it difficult for Burns to secure a takedown.

Darren Till recently flew to Sweden to train at the Allstars gym with Khamzat Chimaev. The UFC middleweight later appeared on an episode of Kickin it with Ashah on Frontkick.online and was all praise for ‘Borz.’

“If Khamzat gets a hold of Adesanya, Adesanya’s going to have a really tough night. He’s f**king super strong, man. As I told you, the most impressive thing is his physical condition. He does not get tired. So, can you imagine having a guy like that for five rounds? That’s very tough.”

Khamzat Chimaev has competed at welterweight and middleweight in the UFC. He’s lately been working his way to a shot at the UFC welterweight belt. Chimaev is expected to face the No. 2-ranked UFC welterweight Gilbert Burns at UFC 273 on April 9th.