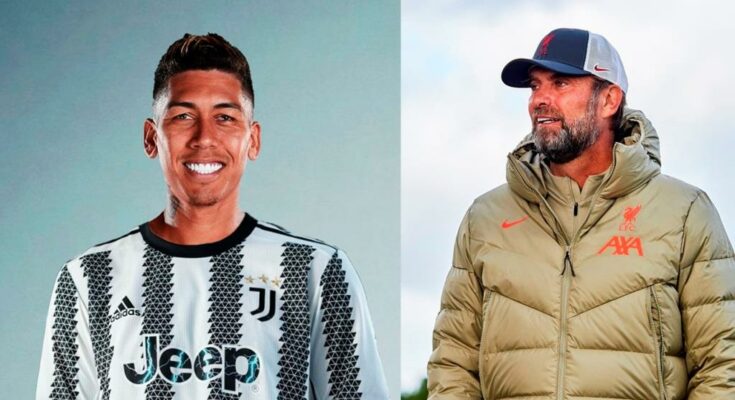 Roberto Firmino has been subject to interest from across Europe this summer and Juventus are reportedly keen to sign the Liverpool forward.

Juventus look set to continue their pursuit of Roberto Firmino despite it remaining unlikely that Liverpool will entertain offers for the forward.

The Brazilian striker only scored five Premier League goals in 20 appearances last season and it has been reported he could become the second of the front three which won the Champions League and Premier League in 2019 and 2020 to leave Merseyside after Sadio Mane joined Bayern Munich.

Liverpool were unlikely to put serious consideration towards selling Firmino. Interest in the forward has emerged from Italy, with the departure of Paulo Dybala meaning that there could well be a role in Juventus’ for the 30-year-old.

TuttoJuve report that Juventus have made an official bid for the forward, but saw their £19.5million bid rejected. The departure of Dybala means that a deeper-lying forward to dovetail with Dusan Vlahovic is on the Turin club’s wish list.

But Firmino’s relatively small transfer value means he is worth more to Klopp at Liverpool for the coming campaign rather than selling him for what would in all likelihood be a cut-price fee.

Jurgen Klopp has already confirmed the club’s stance going into the final month of the window, with the Reds manager telling Sky Sports:

“If nobody wants to leave, we are done. Or if a bad injury comes in…I don’t hope so. But Liverpool fans can now start focusing on other things.”

The forward line at Anfield has transformed in the past 12 months following the emergence of Diogo Jota and Luiz Diaz last season, Mohamed Salah and Firmino now having plenty of competition for a place in the famed front three. The Egyptian winger Salah has committed his future to the club going forward having signed a new contract this summer.

The squad has already been boosted by the arrival of Aberdeen full-back Calvin Ramsay and Fulham’s Fabio Carvalho and due to the pragmatic transfer strategy adopted by Liverpool in recent years there is little chance of any rushed decisions being taken throughout the remainder of this transfer window.