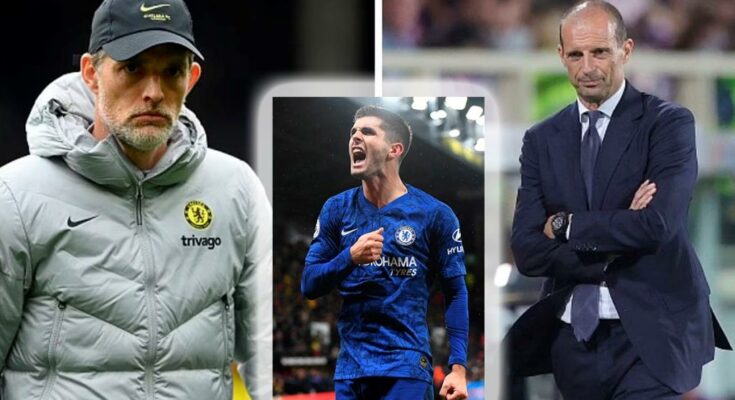 According to Tuttosport (via Marca), Juventus are interested in signing Chelsea forward Christian Pulisic. The American could be a replacement for Paulo Dybala, who is set to leave the Bianconeri after his contract expires this summer.

Incidentally, the Blues are interested in signing Juventus defender Matthijs de Ligt, which could lead to a player plus cash deal between the two sides. They can either use Pulisic or Timo Werner for the same.

Pulisic signed for Chelsea from Borussia Dortmund in January 2019 for around €64 million, making him the most expensive American player. However, he stayed at the German club on loan for the rest of the season.

Since joining the Blues in the summer of 2019, he’s struggled to make a real impact at the club. The American has scored 25 goals and provided 18 assists in 114 matches for the west London side.

His future has been in the balance for several weeks and now Juventus appear to be interested in signing him. His contract with the Blues expires in 2024.

Borussia Dortmund are also monitoring Pulisic’s situation and could attempt to re-sign him. Liverpool were also linked with him at one point but they signed Darwin Nunez, which shut down those rumors.

Chelsea need to bolster their defense this summer

Thomas Tuchel has a big task at hand this summer to strengthen his squad, especially in defense.

Antonio Rudiger has joined Real Madrid on a free transfer. Andreas Christensen is also set to leave the club with his contract expiring. Cesar Azpilicueta and Marcos Alonso could also leave the club this summer (via Fabrizio Romano).

With Thiago Silva turning 38 in September, the Blues desperately need strengthening at the back. Matthijs de Ligt could be the perfect option for them. The 22-year-old played 42 matches in all competitions for Juventus last season.

He also has good Champions League experience having led Ajax to the semi-finals of the competition in 2019. In fact, he is the youngest player to captain a side into the UCL semi-finals.

The only dampening factor for Chelsea could be his release clause, which is €120 million (via Sky Sports). This is where Juventus’ interest in Christian Pulisic can be utilized for a player + cash deal.