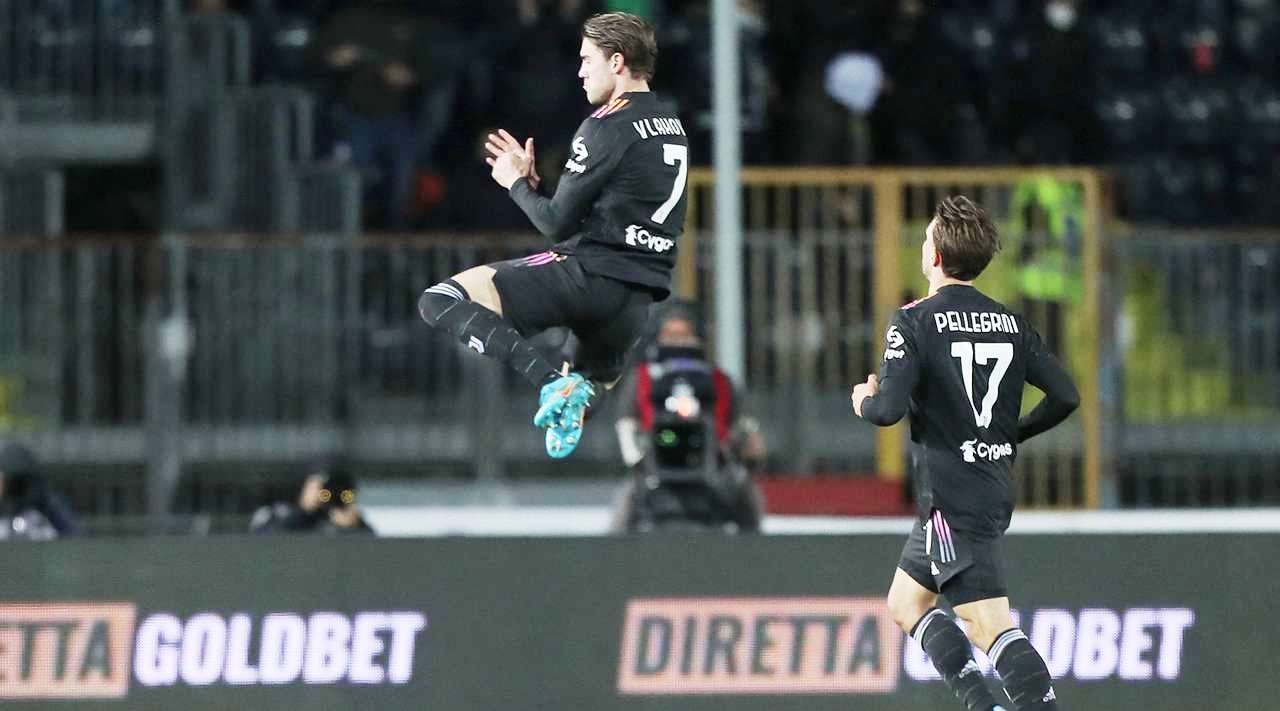 Juventus extended their gap over top-four rivals Atalanta to six points after a hard-fought victory over Empoli.

Dušan Vlahović scored a brace to ensure the ‘Bianconeri’ are now unbeaten in eight consecutive league games on the road.

After seeing both AC Milan and Inter drop points earlier in the weekend, the ‘Old Lady’ knew a win could keep their faint hopes of a title tilt alive.

The visitors were certainly the better side in the opening stages, with Denis Zakaria and Vlahović coming close to opening the scoring.

Shortly after the half-hour mark, the deadlock would be broken as Adrien Rabiot’s pinpoint cross was met forcefully by Moise Kean, who directed his header hard and low into the back of the net.

That lead lasted just seven minutes, however, as the hosts fired back. Juventus’ defending resembled an under-11 team as they completely failed to clear a corner, and Szymon Żurkowski took full advantage to poke home the equaliser.

Vlahović has quickly established himself as his team’s talisman and he restored the lead in first half stoppage time. Juan Cuadrado slotted him in before the Serbian showed remarkable composure to turn before firing home inside the box.

Massimiliano Allegri’s side looked to display their game management skills to see out what would be a pivotal victory. Alvaro Morata was introduced and the Spaniard had an almost immediate impact as he assisted his side’s third.

His pass was played a little behind Vlahović but the in-form striker produced an extraordinary touch to get the ball under his spell before lofting the ball over Guglielmo Vicario.

Empoli were showing no signs of giving up and halved the deficit 15 minutes from time, as Andrea La Mantia beat Wojciech Szczęsny at his near post. That goal marked the first time they’d scored more than once against Juventus since January 2004, in a match which finished 3-3.

There would be no repeat of that scoreline however as Juventus secured a crucial victory that sees them sitting far more comfortably inside the top four, and despite their manager’s assertions, gives them a real chance at regaining the Scudetto.

Meanwhile, Empoli are now winless in 10 Serie A matches, a slide that threatens to drag them into a relegation dogfight.