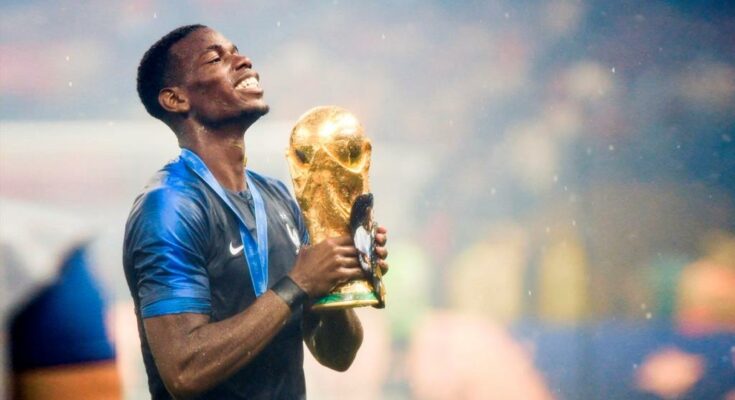 The reigning world champions have arguably the most talented squad in the world, but their chances of retaining the World Cup don’t look promising.

Since clinching their second title in 2018, Les Blues have visibly declined. They lost out in the round of 16 of Euro 2020, and although they made up for that by winning the UEFA Nations League last year, their title defense ended quicker than expected.

Deschamps’ side failed to win any of their four group matches in June for the 2022-23 season of the UEFA Nations League. They cannot mathematically qualify for the knockout stages, which means a group exit is confirmed.

It’s far from ideal preparation for the Qatar showpiece, and despite boasting some of the best players in the world, France don’t appear to be in a position to secure back-to-back World Cups.

Juventus star Paul Pogba could miss the 2022 FIFA World Cup if he undergoes surgery on his knee after picking up an injury during a pre-season training session.

The Frenchman was in Los Angeles with the Bianconeri squad after his return to the club from Manchester United a few days ago.

However, celebrations were short-lived after he was diagnosed with a lesion of the lateral meniscus in his right knee and flown back to Italy.

According to Italian news outlets La Gazzetta dello Sport and Corriere dello Sport (via Football Italia), there are two potential approaches to Paul Pogba’s injury. Still, one could force him to miss out on the upcoming Qatar showpiece.

He could get the meniscus removed, which will sideline him for 40 to 60 days, but that’s generally done for younger players.

The other option that Paul Pogba has is to suture the lesion, which could force him out of action for four to five months, endangering his World Cup hopes significantly as the tournament kicks off in November.

The France international will consult his medical staff before deciding, according to Football Italia.

It’s also a problem that’s been nagging him for a few years now, causing several muscular issues during his time at Manchester United. During his six years with the Premier League club, Pogba made 226 appearances and won two titles before returning to Juventus on a free transfer.

He’s also an essential member of France’s squad. Notably, he scored in the final of the 2018 World Cup against Croatia, which Les Blues won. Naturally, coach Didier Deschamps will be watching his case closely.