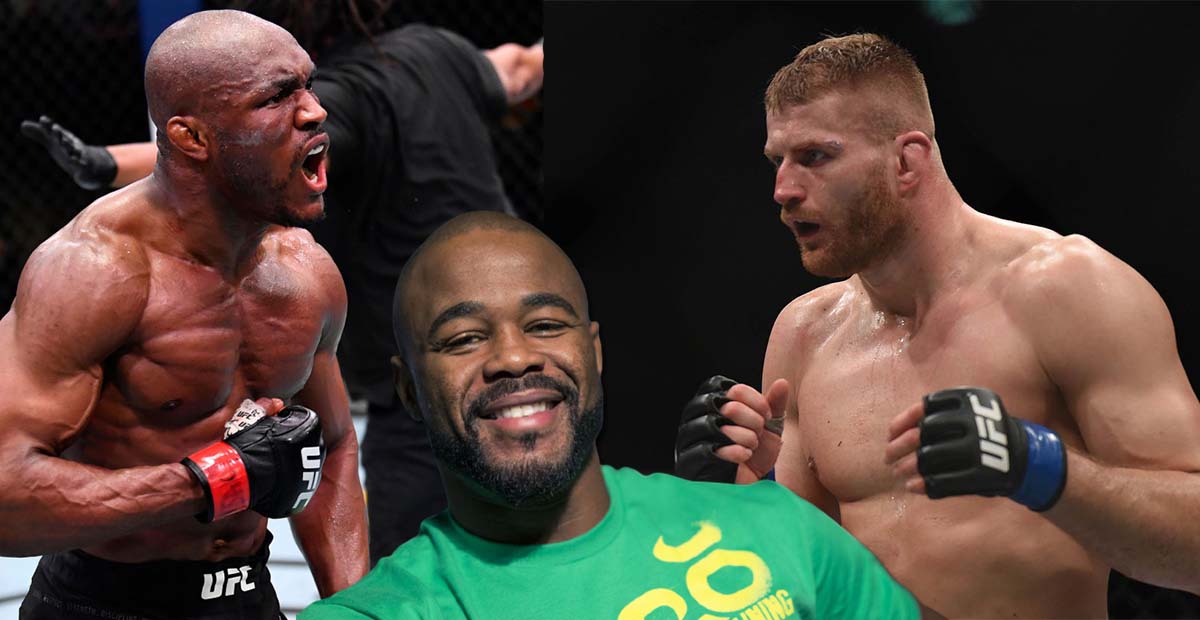 According to Rashad Evans his teammate Kamaru Usman in a light heavyweight bout against Jan Blachowicz.

Kamaru Usman has generated a lot of buzz recently after confessing that he had considered eyeing a second UFC title. ‘The Nigerian Nightmare’ contemplated jumping to the 205-pound division to challenge then-champion Jan Blachowicz last year.

Rashad Evans, a close friend of Usman’s, was quizzed by ESPN MMA to give his honest prediction on the said fight.

According to Evans, Usman is so well-rounded that he can outperform Blachowicz “100%” and be successful even in the heavyweight division as well.

“Of course I gotta go with my boy 100%,” Evans said of Kamaru Usman vs. Jan Blachowicz. “Yeah, that’s definitely something he’s thinking about. Kamaru is one of the most competitive guys out there. He’s got a discipline and work ethic like no other. If he sets his mind to it, he can definitely go out there and do his thing. When he’s in that training room 205 or heavyweight it don’t matter.”

‘Suga’ further raved about the overall qualities of ‘The Nigerian Nightmare’. For Evans, Usman is equipped with all the right tools to dominate the UFC light heavyweight division.

“I think he would have done really well,” continued Evans. “Kamaru brings certain skills that really hard to beat, the fact that he keeps people in limbo, really not knowing where he’s going, where he is going to attack them, the ability he has with his finishing, he always got power in his hands, and precision in his hands too. I think he would have brought some interesting elements to the weight class for sure.”