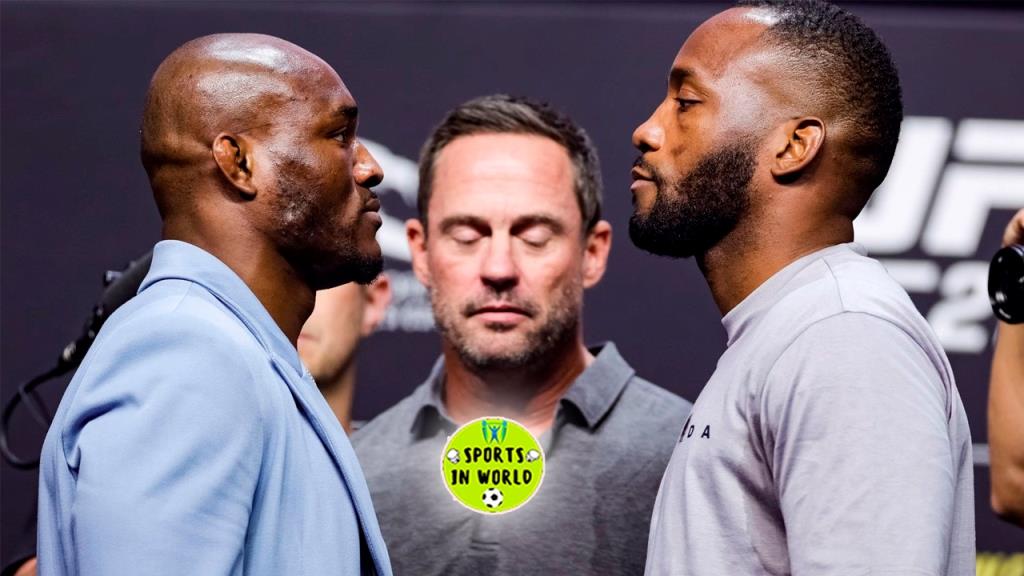 Kamaru Usman will face Leon Edwards for the second time in his career as he looks to defend his welterweight belt for the sixth time at UFC 278.

Kamaru Usman was recently interviewed by ESPN MMA’s Brett Okamoto ahead of the title fight. During the interaction, the champion admitted that there are still moments from his 2015 bout with Edwards that he will carry with him into the rematch.

‘The Nigerian Nightmare’ said that he has been replaying each moment from the fight in his head, over and over, and that one moment in particular sticks out in his mind.

Despite Kamaru Usman wanting more action from his second encounter with Leon Edwards, he was still incredibly respectful of his opponent, saying: