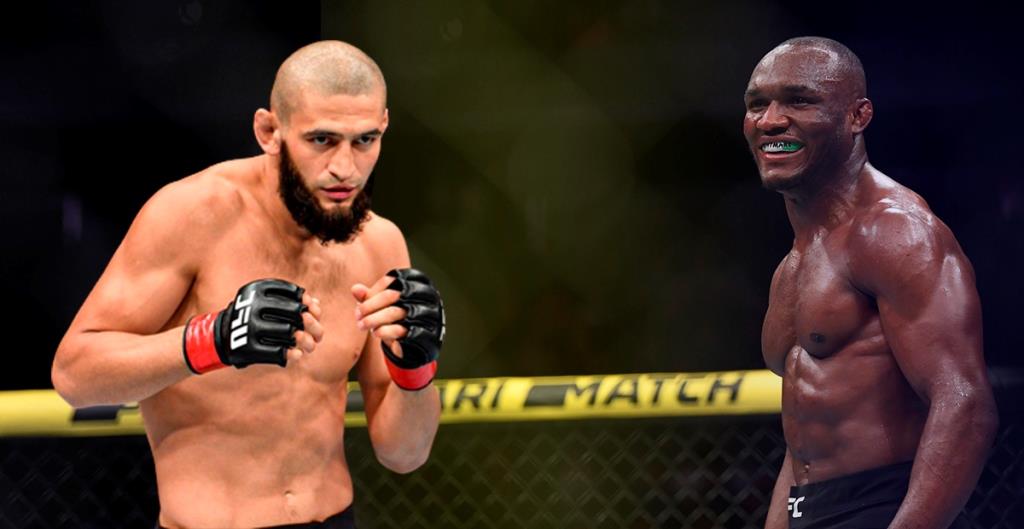 Kamaru Usman has welcomed the potential challenge of Khamzat Chimaev.

While he may be recovering from hand surgery right now, the UFC welterweight champion is still a man in the spotlight. From GQ covers to talks of him being the welterweight GOAT, it’s a busy time to be the king of the 170-pound division.

His fantastic run since becoming champion hasn’t gone unnoticed. While there’s an entire crop of new stars rising up in an attempt to take the gold, Kamaru Usman doesn’t appear to be too worried about what’s ahead.

When asked by Jim Rome about the impending threat of Khamzat Chimaev, ‘The Nigerian Nightmare’ gave the following response:

“That’s the thing, there’s a reason there’s a structure to get here. He’s done great with the opposition he’s been presented and by the time he gets here, once he gets here, of course, we’ll have that conversation. But I am the champion, I am the pound for pound best in the world, I am the king of the castle.”

Who’s next for Khamzat Chimaev?

We may not have to wait all too long to see Chimaev in a title fight – provided he can get past his next rumored opponent, Gilbert Burns.

Burns, a former title challenger himself, is reportedly set to be the next man who tries to take the undefeated record of ‘Borz’ later this year. The Brazilian had his moments when he fought Usman for the title and even rocked him. He’ll need to be convincing against Chimaev if he wants to secure that rematch.

Khamzat, meanwhile, is as confident as ever that he’s going to get the job done.