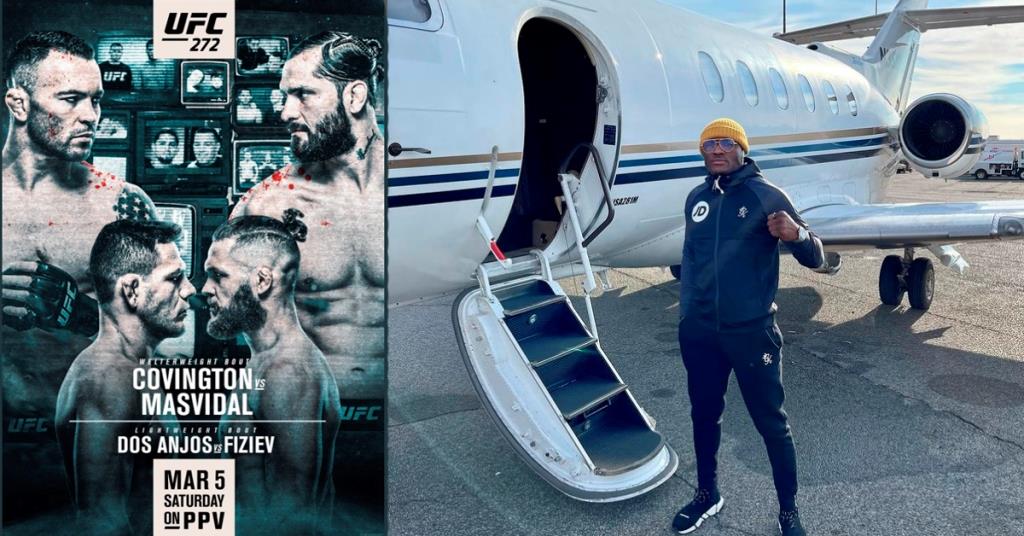 Kamaru Usman, 34, UFC Welterweight Champion has confirmed he will be in attendance at UFC 272 on March 5th, 2022 at the T-Mobile Arena in Paradise, Nevada.

Usman, (20-1 MMA) will have his eye on rivals Jorge Masvidal and Colby Covington who are set to square off in the welterweight main event.

Kamaru Usman met up with Jorge Masvidal (35-15 MMA) back in April of 2021 at UFC 261, with ‘The Nigerian Nightmare’ winning in the 2nd round via knockout.

Colby Covington (16-3 MMA) took on Usman for a second time back in November of 2021 at UFC 268, that outcome being a unanimous decision win for Usman, resulting in Usman retaining the UFC welterweight title.

Needless to say Kamaru Usman enjoyed a great year in 2021 in the Octagon, defending his welterweight title three times. Usman earned TKO wins over both Gilbert Burns and Jorge Masvidal plus the decision win in his rematch with ‘Chaos’.

In speaking with ‘CBS Sports’, Usman shared his thoughts on the Masvidal vs Convington UFC 272 headliner:

“Other than the Francis Ngannou fight (UFC 270), I haven’t really been to an event to sit and watch in a while. It’s one that I will be there to watch. It’s a great one. I’ll just be sitting there like a proud dad watching my sons fight and do what they do. So I’m excited to watch that one.”

Usman has been out of commission due to a torn ligament in his hand, which occurred during his rematch with Covington, but hopes to be back in the cage by summer of this year.

As for Covington and Masvidal, the two teammates turned enemies, they will square off at UFC 272 in hopes of eventually having another shot at Kamaru Usman.