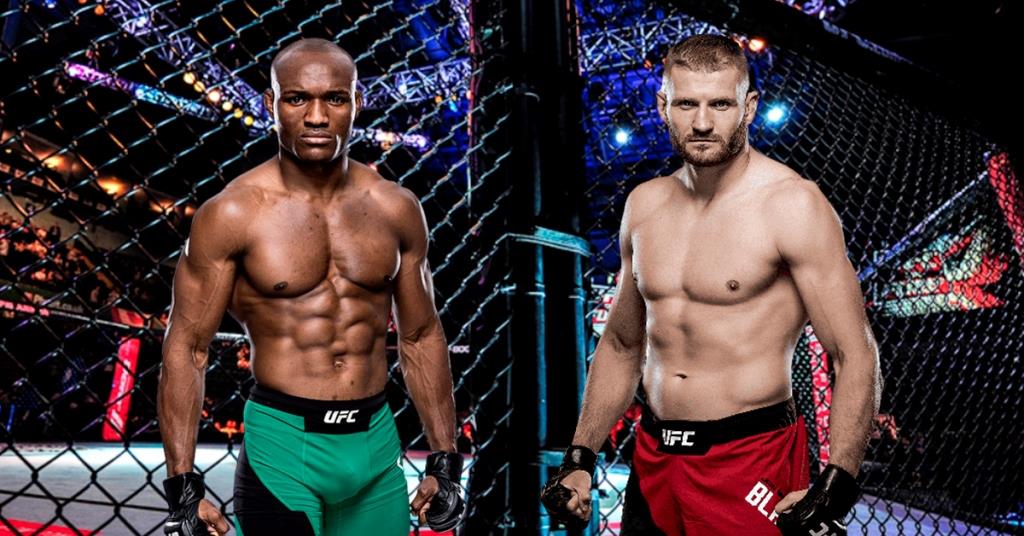 Kamaru Usman dives into why he wanted to move to light heavyweight.

Kamaru Usman was serious when the reports came out of him wanting to jump up two weight classes to fight Jan Blachowicz.

The No. 1 ranked pound-for-pound king in the UFC and current welterweight champion had a big goal in mind a couple of months ago. Usman wanted to jump up two weight classes from 170 lbs to 205 lbs to fight then-champion Blachowicz.

While in California for Super Bowl weekend, Usman spoke with CBS Sports about what led to his decision to want to fight Blachowicz.

“I thought about it. This was news last week and I got some flak for it. People were thinking, ‘Oh, no, he’s just saying this.’ No, I was very serious, because Israel Adesanya is the middleweight champion and Jan Blachowicz was the light heavyweight champion, I saw that matchup and I said, ‘Hey, that’s a fight that I can deal with. It’s Jan.

“No disrespect to Jan. I think he’s a great competitor, he’s a very powerful guy, he’s got a lot of power in his hands, but I thought that was a matchup that favored me,” Usman said.

“I thought if I had skipped the middleweight class, went up to light heavyweight, I definitely would be a champ-champ. But unfortunately, he’s no longer the champ, so I will stay put where I am, and we’ll have that conversation if it happens.”

Usman wanted to jump to light heavyweight because he has no desire to fight middleweight champion Israel Adesanya. While he teased in the CBS Sports interview that if the UFC threw life-changing money at him, he would have to convince Adesanya to fight.

However, earlier this week, Adesanya shot down the possibility of the fight because “it’s bigger than money.”