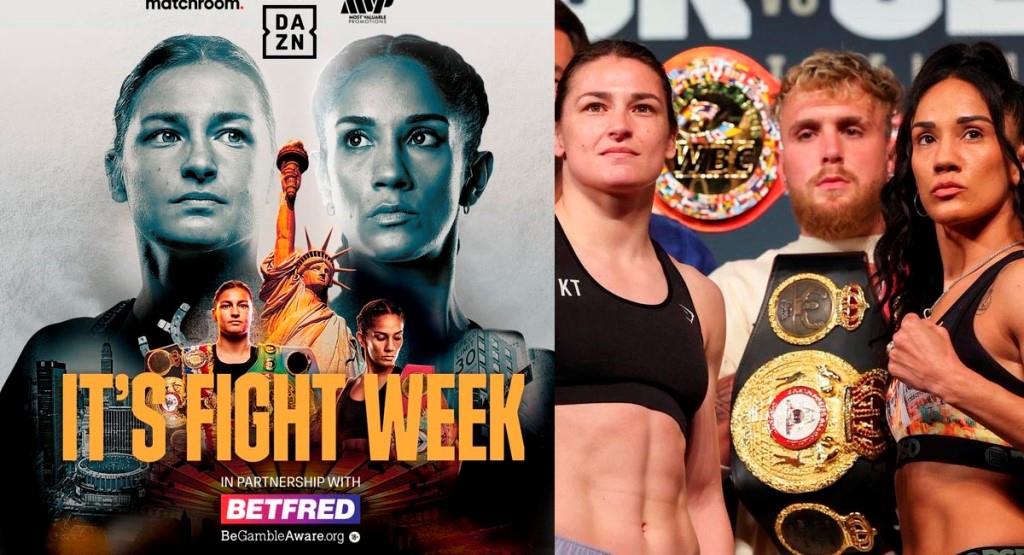 Saturday night at Madison Square Garden, Katie Taylor and Amanda Serrano fought in front of a fired-up crowd. They were the main event, and they made the most of it, delivering a classic in front of more than 19,000 people.

Taylor (21-0) was competing for the first time this year tonight at Madison Square Garden. The former Olympic gold medalist was defending her WBA, WBC, IBF, WBO, and The Ring lightweight titles.

The ten-round contest surpassed all expectations as Taylor and Serrano went to absolute war inside of the squared circle. Amanda seemed to get the better of the Irish fighter in the early rounds, but Katie stormed back in the final few rounds of the contest.

After twenty minutes of thrilling back and forth action the bout went to the judges scorecards for a decision.

Check out the highlights from the final moments of Round 10 below:

How did you score tonight’s Katie Taylor vs. Amanda Serrano boxing match? Would you like to see an immediate rematch?