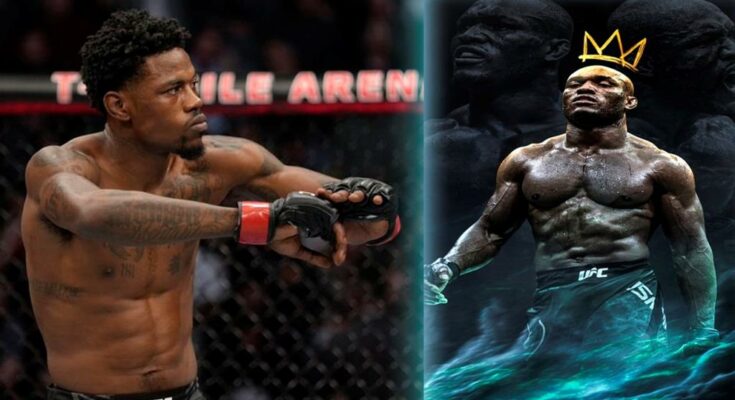 Kamaru Usman (20-1 MMA) is scheduled to defend his title against Leon Edwards (19-3 MMA) at UFC 278 on August 20, 2022 at the Vivint Arena in Salt Lake City, Utah. It will be his sixth career welterweight title defence.

29-year-old Kevin Holland, (23-7 MMA) believes young athletes should be paired up with veteran fighters, with the potential of creating new stars for Kamaru ‘The Nigerian Nightmare‘ Usman to defend his title against.

“If Usman is at 170 pounds, he needs new faces,” Holland said. “He has Chimaev, somebody like Sean Brady, there’s another new guy, he’s up-and-coming. He’s pretty badass … I can’t say his name right, so I don’t want to mess it up. I mean there’s so many guys out there that would make good fights for Usman on the up and coming.

“And you could put me at the very tail end of that. You got to give us some of those OGs so you can get some fresh blood. I mean, I think some of the younger guys should fight more of the OGs so they can be ready to have the name to fight Usman, so Usman can get some more fun fights underneath his belt.

Kamaru Usman has had a dominant title run since capturing the welterweight gold with a win over Tyron Woodley in early 2019. The 35-year-old has run through the top contenders in the division, most recently outpointing Colby Covington in November.

The Nigerian-American is currently ranked as the UFC’s No.1 pound-for-pound fighter and looks determined to further cement his position as one of the greatest fighters in the world. The champion is gearing up to make his sixth title defense against former foe Leon Edwards.

The duo first battled in late 2015 in Usman’s first promotional bout after winning the The Ultimate Fighter 21 welterweight tournament the same year. ‘The Nigerian Nightmare’ scored a unanimous decision over ‘Rocky’ to pick up the victory. This was also the last time the Brit suffered a loss inside the UFC octagon.

Leon Edwards has compiled a 10-fight unbeaten run since that defeat, including a no contest against Belal Muhammad. ‘Rocky’ will have the opportunity to avenge his loss against Kamaru Usman and become a UFC champion for the first time when he faces the champion at UFC 278 on August 20.

It will be a tough challenge for the pair, who have made significant improvements in the game since their first meeting.