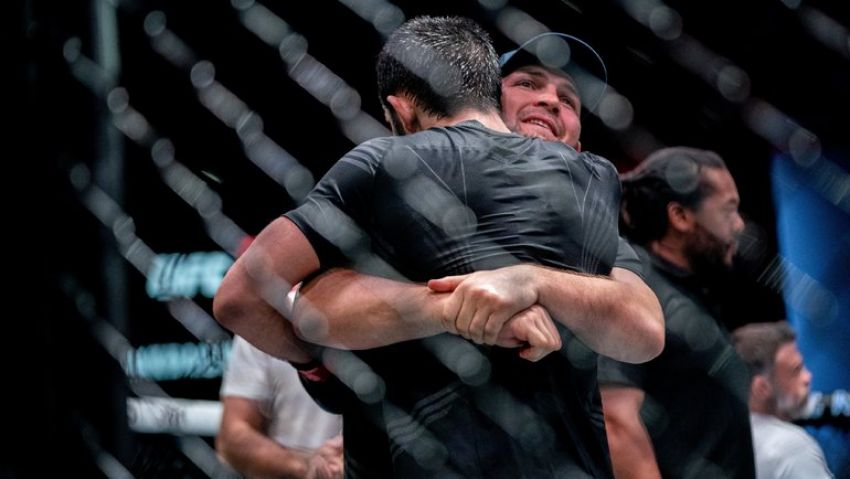 Former UFC lightweight champion Khabib Nurmagomedov reacted to the victory of his comrade Islam Makhachev over Brazilian Thiago Moises in the main event of the UFC Vegas 31 in Las Vegas.

“It was a great job, Brother Islam. Let’s move on. One more fight this year – and it will be just a good situation.

There are not enough people in this photo, the whole team did a phenomenal job, and, of course, we should mention Islam Makhachev himself, who followed all the instructions both inside the cage and outside during the preparation, ” Khabib Nurmagomedov wrote on his Inatagram page.

Recall that Makhachev “strangled” Moises in the fourth round, confidently dominating the Brazilian during the entire fight.