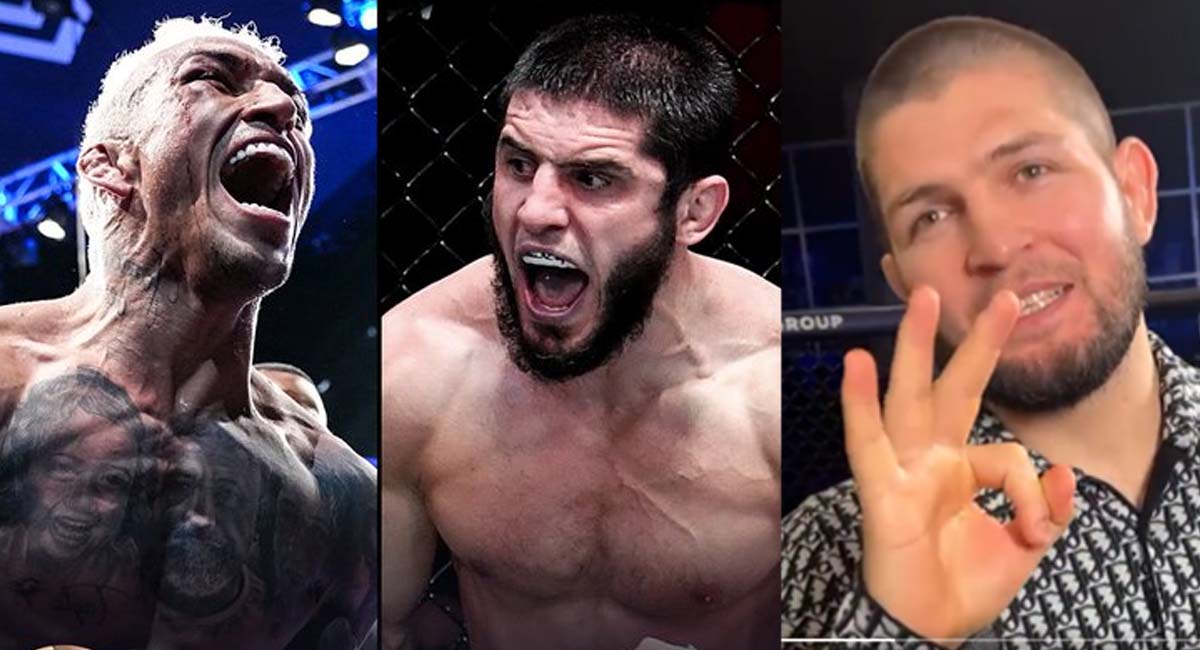 Khabib Nurmagomedov says that his friend and training partner Islam Makhachev is destined to rise to the top, and predicts that the Russian fighter will overthrow the now former UFC champion Charles Oliveira in three rounds if and when they meet in the Octagon.

Oliveira enhanced his already stellar reputation last weekend in Phoenix at UFC 274 when he submitted two-time title challenger (and former Nurmagomedov victim) Justin Gaethje in the first round of their main event fight.

However, despite what is now an 11-fight win streak in the UFC’s talent-rich lightweight division, Oliveira was stripped of his world title on the eve of the fight after coming in a half-pound over the lightweight championship requirement at the weigh-in.

UFC officials confirmed afterwards that Oliveira is considered to be the top contender at lightweight and will take on another fighter yet to be confirmed for the vacant world title at a later date.

But despite Oliveira’s recent streak which has seen him defeat Gaethje, Dustin Poirier, Michael Chandler and Tony Ferguson (among several others), Khabib says that if he runs into Makhachev in his next fight, there can be only one winner.

The hardest part of the fight is getting Charles Oliveira vs. Islam Makhachev signed. It’s never been easy for lightweights to lock in a UFC title shot. Tony Ferguson famously won thirteen fights in a row and only got to fight for an interim title. Islam Makhachev now holds ten wins in a row, but zero of them are over opponents ranked in the top ten of the division.

That’s a big reason why the UFC seems so insistent that Makhachev fight No. 6 ranked Beneil Dariush before getting his shot at the title. However, with money being a big driver in prize fighting there’s always a chance the UFC may heed Khabib Nurmagomedov’s request and book Oliveira vs. Makhachev in Abu Dhabi this October.

Khabib Nurmagomedov is convinced his star pupil Islam Makhachev is the man to beat champion without a belt Charles Oliveira. In a recent Instagram story, ‘The Eagle’ shared his prediction on how a fight between the two top lightweights would go. He wrote:

“My prediction is a maximum three rounds, no matter how good he is, Islam is better than him,” Khabib Nurmagomedov wrote on his Instagram page.

Makhachev has been heralded as the true successor to Khabib in the UFC lightweight division after the undefeated star decided to retire from active competition last year.

He has won ten straight fights at 155lbs, just one shy of Oliveira’s current hot streak and was due to face top contender Beneil Dariush in February before Dariush suffered an injury in training the week before the bout.