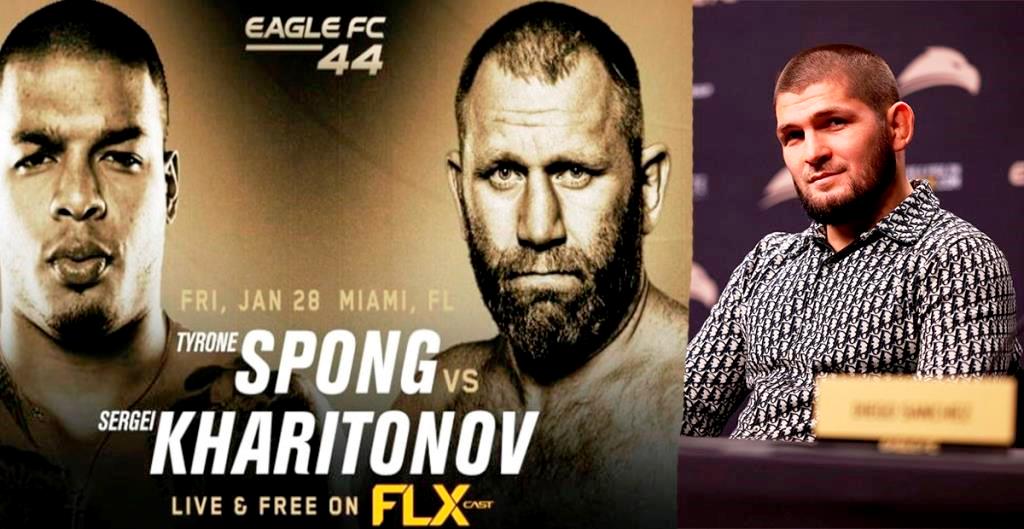 The EFC cage is set down in Miami for tonight’s Eagle FC 44 event, an eleven-bout fight card headlined by Tyrone Spong vs. Sergei Kharitonov.

Spong (2-0 MMA) will be returning to mixed martial arts for the first time in almost nine years. The former GLORY champion last competed in MMA back in August of 2013, where he scored a decision victory over Angel DeAnda under the WSOF banner.

Meanwhile, Sergei Kharitonov (33-9 MMA) most recently competed this past November in Dubai, where he earned a first round TKO victory over fellow veteran Fabio Maldonado. ‘The Paratrooper’ has gone 3-1 over his past four fights overall, scoring finishes in all three of those victories.

Evans (19-8-1 MMA) originally retired from mixed martial arts back in June of 2018, this after suffering a first round knockout loss to Anthony Smith. That setback had marked Suga’s fifth in a row.

Gabriel Checco, meanwhile, has won two of his past three fights and is coming off a first-round TKO win over Simon Marini.

Tyron Spong vs. Serghei Kharitonov – Kharitonov def. Spong via TKO at 2:55 of Round 2

Arman Ospanov vs. Dylan Salvador — Salvador def. Ospanov via TKO (corner stoppage) at 5:00 of Round 2

Loik Radzhabov vs. Zach Zane — Razhabov def. Zane via submission (guillotine choke) at 3:23 of Round 1