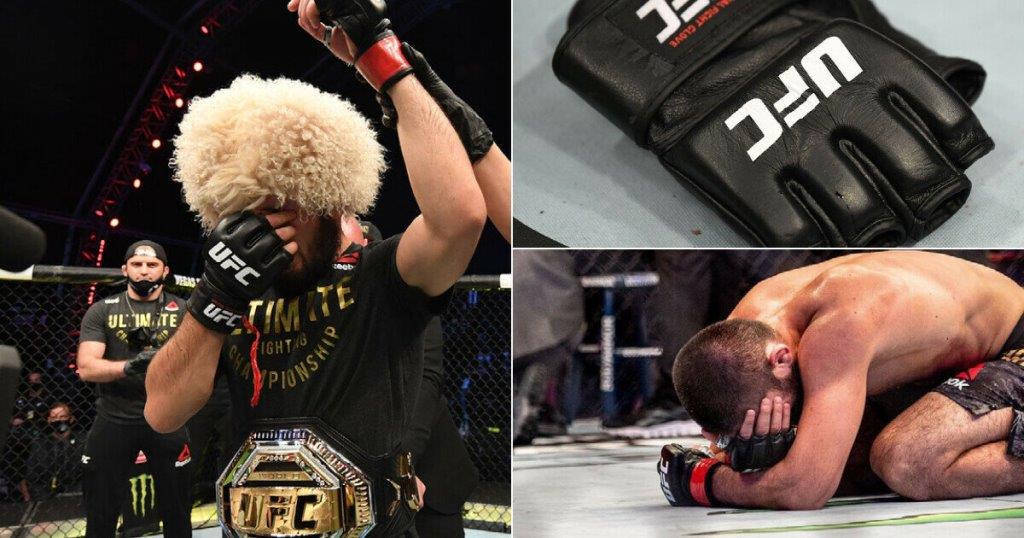 UFC legend Khabib Nurmagomedov reaffirmed his decision to retire, saying that “I have no desire to come back and I don’t think I ever will.”

Khabib Nurmagomedov first revealed his intentions to step away from mixed martial arts following his submission win over Justin Gaethje at UFC 254 last October. That victory improved Nurmagomedov’s MMA record to a perfect 29-0, and UFC president Dana White was hoping the legend would come back for one final fight and try to make it an even 30-0. However, “The Eagle” decided that it was the right time to walk away and he vacated the UFC lightweight title and officially stepped away from the sport earlier this year.

Despite Nurmagomedov being retired, there have still been plenty of whispers that he could one day come back and fight someone such as Georges St-Pierre in a superfight. As far as the Russian goes, however, it feels like at this point a return is not in the cards. Speaking to reporters in Russia, Nurmagomedov reaffirmed his decision to walk away from the sport when he did, and he admitted that he doesn’t see himself ever fighting again.

“I have no desire to come back, and I don’t think I ever will,” Khabib Nurmagomedov said.

MMA retirements very rarely last, but Nurmagomedov has made no indications that he has any desire to fight again. He has made plenty of money during his career and, after the passing of his father Abdulmanap last summer to COVID-19, there are some things that are more important to “The Eagle” right now, such as spending more time with his mother and the rest of his family now that his career as a mixed martial artist is over.

Do you think Khabib Nurmagomedov is completely done or do you think there is a fight out there for him that will coax him out of retirement?