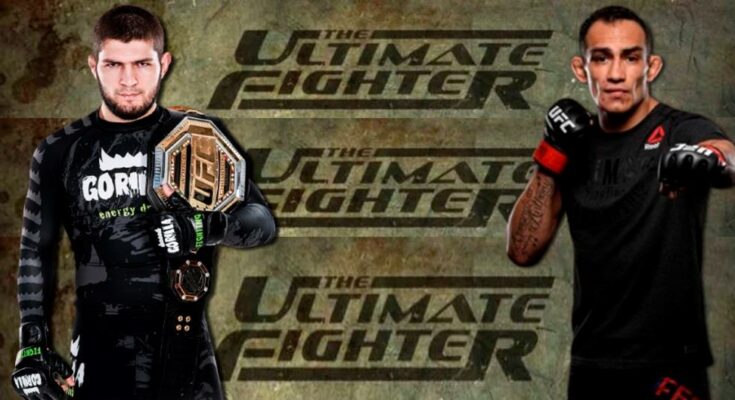 Khabib Nurmagomedov has responded positively to Tony’s call, but if the UFC management does not agree, he is ready to make a counter offer to Ferguson.

“Tony I like the idea about TUF, call your bosses and let them make an offer, but if they don’t have ideas, I myself will offer you a deal on the @EagleFightClub platform, we doing some business here you know.”

Coming off the first knockout loss of his glittering career, Ferguson returned to action after about a year against Michael Chandler at UFC 274. While many people doubted ‘El Cucuy‘ going into the bout, he looked phenomenal in the first round. Ferguson may have dropped four in a row but he’ll be going nowhere as he regroups for his comeback.

In an interview with Submission Radio following UFC 274, Tony Ferguson expressed his desire to compete against the undefeated Dagestani in some form of sports activity in the future.

“Maybe one day. You know what I would like to do? I’d love to coach against him on The Ultimate Fighter,” Ferguson said. “That’s what I would really love to do. Abso-f**king-lutly. And if we don’t fight, I would love to be able to compete on him with whatever. Wrestleball. Like, in basketball, soccer. You put your best team together, I got my team. Any kind of sport.

“You can pick it, Khabib. We’ll go out there and we’ll kick your ass out of due respect. Enjoy your retirement. And I like what he’s doing for the sport. He opened up his own promotion. Got props for him like that. And when he lost his pops, you know, respect for him for that. But yeah, at the end of the day, his dad said that he would love for us to compete.

“So, regardless if that’s MMA or any sport, chess, checkers, fucking cars, it doesn’t matter. I have enough respect or enough cool to not go over there and kick his ass, but enough to be able to shake the man’s hand and sit down at a game table and to play a game like that. That’s man shit.“