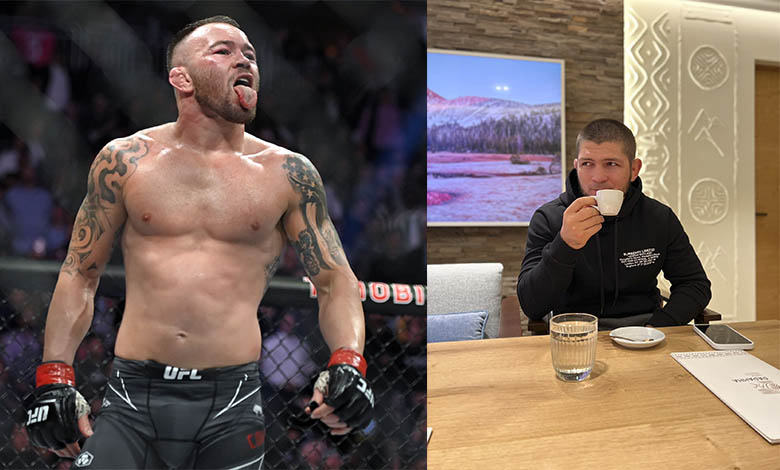 Khabib Nurmagomedov thinks Colby Covington should be blacklisted by fellow welterweights after his incident with Jorge Masvidal.

On Monday, Masvidal allegedly sucker-punched Covington at a restaurant in Miami causing him to break his tooth and damage his watch. ‘Gamebred’ has since been detained by the police as ‘Chaos’ continues to work with the police over the incident.

Although it was Covington that got sucker-punched, former UFC lightweight kingpin Khabib Nurmagomedov hopes that other welterweight fighters will now refuse to fight ‘Chaos’ going forward due to the things he’s said.

“If you are stronger than someone inside the octagon, it does not mean you can insult his children,” Nurmagomedov wrote on Twitter.

“No one has the right to insult someone’s family. Once you have gone down this path, then be ready to back up your words. You were attacked by a professional fighter, the same as you are, your own size, and you go press charges against him to the police?

“I think all welterweights should refuse to fight Colby, just don’t accept fights with him, let him sit without a fight, it will probably significantly affect him and all fighters who even think of insulting families, who is provoking the fighters to look for someone in restaurants to deal with him,” Nurmagomedov continued about Covington-Masvidal.

Although Khabib Nurmagomedov believes no welterweights should fight Colby Covington, it seems unlikely that will happen. ‘Chaos’ remains a big name in the sport and if any welterweight beats him, they immediately enter the title picture, so it’s a big fight for anyone. Along with that, Covington is hated by many so perhaps some people want the chance to beat him up and get paid for it.

As of right now, Covington has not commented on the Masvidal incident or what Nurmagomedov has said.