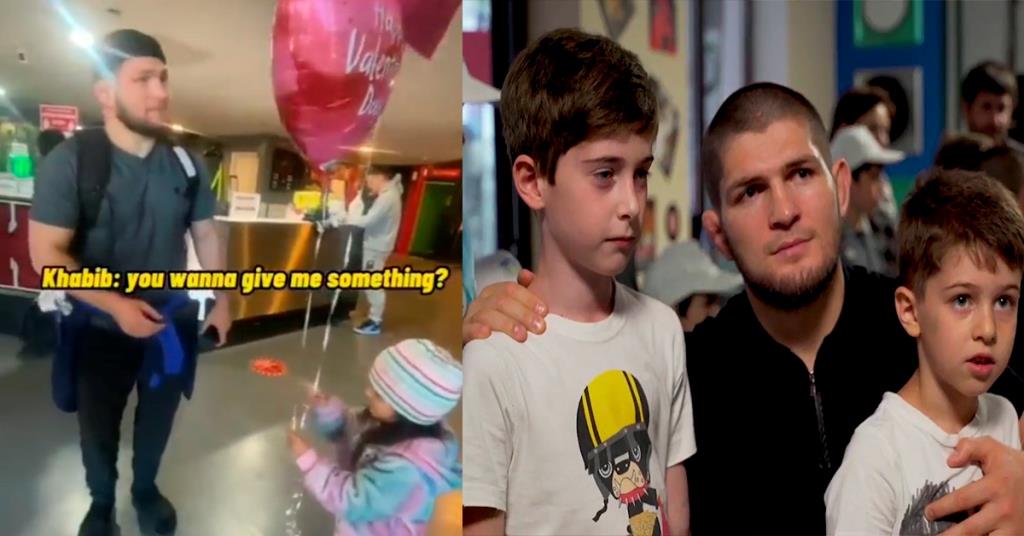 Former UFC lightweight champion Khabib Nurmagomedov got himself a great Valentine’s day gift as a cute little fangirl approached him inside a mall.

The Russian Mixed Martial Arts phenomenon is one of the most popular entities in the sport. Not only do fans praise him for his exceptional fighting skills, but they also admire him for the humble nature he displays outside of it.

Keeping that in mind, that is what probably led a little fangirl to approach her ‘favorite fighter’ and share with him a lovely gift.

However, that isn’t the highlight of the video, as the girl couldn’t recognize her favorite fighter at once, which led to a hilarious one-on-one conversation with ‘The Eagle’.

“Khabib,” the little girl replied as her mother enquired who was her favorite fighter as the man himself stood in front of them.

“Khabib? Where’s Khabib? You know him? I don’t know this guy. How’s everything? Good?” questioned Nurmagomedov.

“This is Khabib,” Nurmagomedov also replied.

“You wanna give me something?” Nurmagomedov asked as the little girl gave him one Valentine’s day balloon. “Ok, I am gonna help you. You wanna give me half? Which one? This one for you. Give me one.”

“I give you half,” the kid said. “Yes, thank you so much,” Nurmagomedov replied.

This sweet gesture from the former champ might have made the little girl’s day, and this is what the fans love Khabib Nurmagomedov for.

Khabib Nurmagomedov shared a video with a charming moment with a Little Fan.

‘The Eagle’ has been out of action since he last defended his lightweight strap against Justin Gaethje back in 2020. However, fans might see him return in a dream fight if everything goes well.

Khabib Nurmagomedov Is Amazing With Kids (And Very Funny)