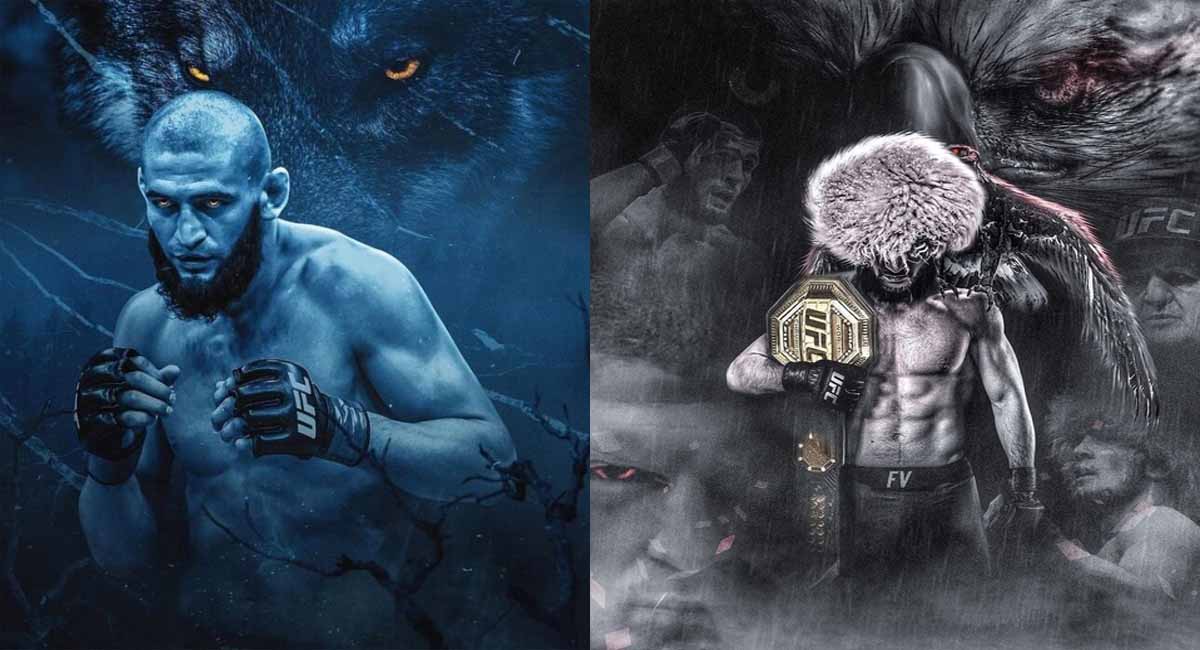 The meteoric rise of welterweight Khamzat Chimaev can also be compared to one of the UFC’s greatest fighters, Khabib Nurmagomedov. The two men, both sporting an undefeated record, have had similar starts to their careers in the UFC, but one major difference is the striking of ‘Borz’.

In a side-by-side comparison brought to light by MMAOnPoint on Instagram, it’s visible that Khabib Nurmagomedov landed 159 significant strikes in his first five UFC fights while Khamzat Chimaev landed a whopping 220.

Chimaev has four finishes to Nurmagomedov’s two, but ‘The Eagle’ absorbed 98 strikes compared to the 120 absorbed by ‘Borz’. The remarkable thing to note here, though, is that Chimaev absorbed just one strike through four fights and took the other 119 shots from Gilbert Burns in his last outing.

Both fighters have exceptional wrestling skills. Khabib Nurmagomedov was taken down twice in his first five UFC outings, while Khamzat Chimaev is yet to be taken to the mat. That said, the Dagestani landed a whopping 29 takedowns, of which 21 came in his record-setting performance against Abel Trujillo. The Chechen native, on the other hand, has landed six takedowns in comparison.

Both fighters were undefeated after their first five bouts, but Khamzat Chimaev has won four Performance of the Night bonuses and a Fight of the Night honor in his most recent clash with Gilbert Burns. It took Khabib until his 10th UFC appearance to achieve his first post-fight bonus in a bout against Edson Barboza.

To accurately compare the first five fights for both combatants, it’s important to consider the level of opponents they faced since first stepping foot in the octagon.

Nurmagomedov, on a five-fight streak since making his debut, was given the chance to fight the No.5-ranked lightweight at the time, Rafael dos Anjos. The pair faced off at UFC on Fox: Werdum vs. Browne, with ‘The Eagle’ picking up a unanimous decision victory that would catapult him on his journey to lightweight gold.

In comparison, ‘Borz’ was given a chance to fight the No.2-ranked welterweight Gilbert Burns in his fifth UFC outing, and the two fighters put on a barnburner at UFC 273. The Swede defeated the Brazilian by unanimous decision and moved to No.3 in the rankings, jumping eight places.

It’s important to note that a big reason for Chimaev’s jump in competition was his absolute domination up to that point. ‘Borz’ broke the record for the quickest turnaround between fights when he defeated John Phillips via second-round submission and then dominated Rhys McKee with a first-round TKO just ten days later.