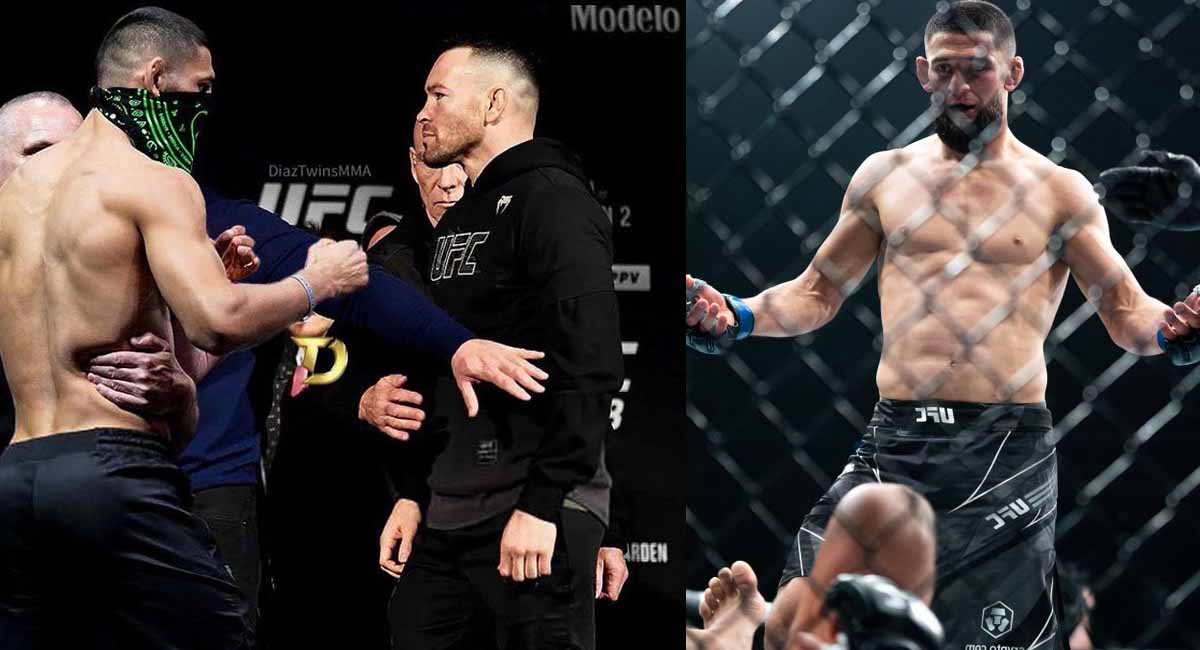 Khamzat Chimaev recorded his 11th straight win after being pushed to the judges’ scorecards for the first time against Gilbert Burns at UFC 273.

After cracking the welterweight top 5, Chimaev said he would like to take on No. 1-ranked contender Colby Covington.

During an interview with BT Sport’s Caroline Pearce, ‘Borz’ was asked about a potential bout against ‘Chaos’, who has been in two unsuccessful title fights against Kamaru Usman.

Although Chimaev acknowledged Covington’s toughness, he dismissed the American as a potential threat. The 27-year-old said:

“Nothing! That guy is like a little bit tough guy, but not my level. [I’m] gonna go and knock him out.”

At the UFC 273 post-fight presser, Dana White expressed interest in a potential Chimaev-Covington match-up, suggesting that it would be “a big fight,” although he did not officially confirm it.

Khamzat Chimaev scored the biggest win of his MMA career when he defeated Gilbert Burns at UFC 273, but it was the first time he looked vulnerable inside the octagon.

Previously untested in the UFC, the unbeaten welterweight made his fifth promotional appearance and shared a brutal encounter with the No. 2-ranked contender.

Chimaev blamed himself for getting put in dangerous positions and said he ignored his team’s advice as he looked to record his 11th straight finish. Here’s what the 27-year-old said:

Khamzat Chimaev and Gilbert Burns took home the ‘Fight of the Night’ honors for the bloody slugfest. ‘Borz’ earned his fifth bonus in his fifth UFC appearance, which is an incredible feat, while ‘Durinho’ also collected his fifth.