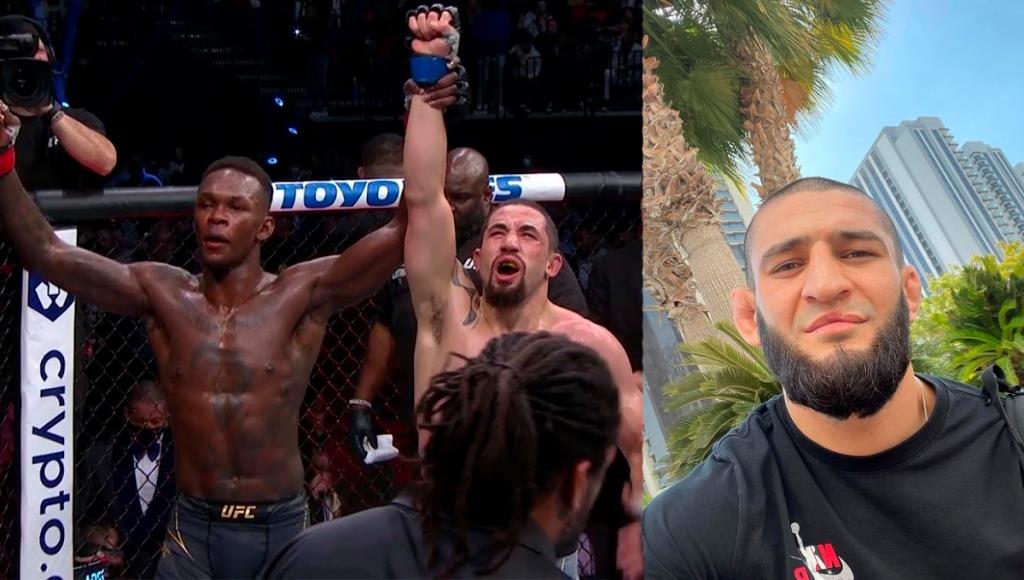 Khamzat Chimaev has shared his thoughts on the UFC 271 main event showdown between Israel Adesanya and Robert Whittaker at the Toyota Center in Houston, Texas.

‘Borz’ believes that the New Zealander does not pose much of a challenge for him. Chimaev iterated the same in a post on Twitter where he claimed he would finish ‘The Last Stylebender’ inside one round if the two ever crossed paths inside the octagon.

“@stylebender easy money for me, 0 wrestling. 1 round I’m gonna kill him,” wrote Chimaev.

Adesanya and ‘The Reaper’ faced off at UFC 271 for the middleweight title. Whittaker put on a much better performance the second time around and also incorporated his wrestling into the fight. However, ‘The Last Stylebender’ still proved to be the better fighter.

The fight went the entire distance and ended in a unanimous decision victory for Adesanya. The two middleweights buried the hatchet after the fight and showed respect towards each other.

In his post-fight interview, Adesanya said he was impressed by Jared Cannonier’s performance against Derek Brunson earlier that night. When asked about his next appearance in the octagon, the New Zealander hinted at a return in the month of June.

Who will Khamzat Chimaev fight next?

Khamzat Chimaev is currently being rumored to take on former title challenger Gilbert Burns next. The two welterweights have been engaged in a back and forth on social media and have made their intentions to fight each other quite clear.

Former UFC champion Michael Bisping is keen to see that matchup as he believes ‘Borz’ needs to be pitted against high-level competition now.

“Khamzat Chimaev had four fights in the UFC and smoked everybody. So, now it’s like, well, we’ve got to give him someone good. I don’t mean good. Pardon me. He’s beaten very, very good competition. But I mean, we’ve got to step it up. We’ve got to give him a real test, and Gilbert Burns is. And Gilbert Burns seems down for it. And Chimaev seems down for it.” Bisping added, “And when he’s been as popular and successful as he has, now it’s time to start giving him serious fights.”