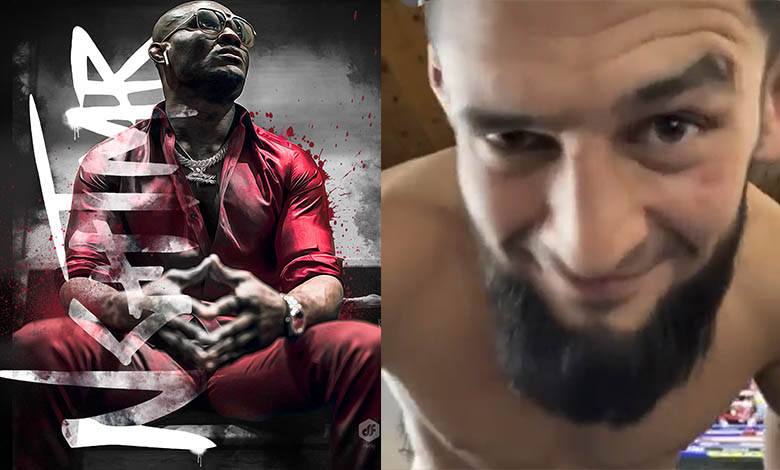 Khamzat Chimaev has trolled Kamaru Usman as the UFC welterweight champion continues to rally for a boxing bout against Canelo Alvarez.

Posting a video of Usman doing basic padwork, Chimaev joked that the WBC, WBO, WBA, IBF and The Ring Super Middleweight Champion should be afraid of him. ‘Borz’ wrote in the caption:

Kamaru Usman recently issued multiple callouts to Canelo Alvarez. The Mexican boxing champion was dismissive of the idea until recently, when he seemed interested in a potentially lucrative payday.

Usman currently holds a 20-1 professional record and has been undefeated in his last nineteen outings. He scored a dominant decision win over Tyron Woodley to win the belt in 2019 and has successfully defended his throne five times since then. He is reportedly scheduled to defend his title against Leon Edwards later this year and is eyeing a September showdown with Alvarez.

However, UFC president Dana White doesn’t seem too keen on a crossover bout.

Khamzat Chimaev has been absolutely dominant in his four UFC victories so far. ‘Borz’ is now scheduled to face former title challenger Gilbert Burns at UFC 273. Yet to break into the top 10 at 170 pounds, Chimaev has already called out the pound-for-pound king, Kamaru Usman.

While Usman understands Chimaev’s urge to get the title shot, he believes ‘Borz’ is not there yet. ‘The Nigerian Nightmare’ revealed that he will be waiting for the undefeated phenom when he gets to the top of the division. The 34-year-old recently said on The Jim Rome Show:

“I am the pound-for-pound best in the world, I am the king of the castle. Everybody wants a piece of me, so that’s good. I like that. There was a time when I was coming up and I just couldn’t get those fights. I couldn’t get the next guy to step in there with me, but now that I’m at the top, I don’t have to do that. These guys have to call me out, and these guys have to come to me. So when they make it up here, I’ll be here waiting.”

If Chimaev manages to beat Burns at UFC 273, he will likely break into the top five in the welterweight rankings. With Usman set to fight Leon Edwards later this year, the landscape atop the 170 lbs division could look very different in a matter of months.