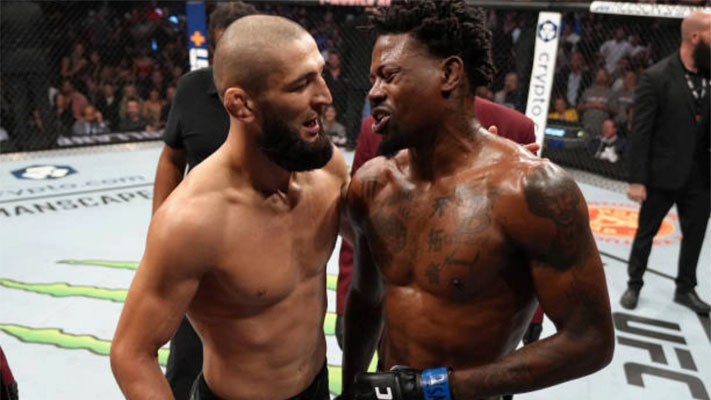 Khamzat Chimaev and Kevin Holland were infamously involved in a scuffle backstage at the UFC’s pre-fight press conference, contributing to the event being canceled; a first for the promotion. Footage of the incident has since been released by ESPN and fans can put their imaginations to rest by trying to speculate what happened.

The Chimaev-Holland beef began way back in 2021, with the two fighters being involved in an incident at the fighter hotel. ‘Borz’ claims to have grabbed ‘Trailblazer’ by the throat but no footage was captured.

Although the pair have had a turbulent past, Chimaev seems to have put all of the drama behind him. ‘Borz’ spoke to the media following his impressive victory over Holland and was asked how he felt about ‘squashing the beef’ with ‘Trailblazer’. The Chechen replied by saying:

“Sometimes we don’t like each other before the fight, it’s all normal. Like, we’re coming for the war, to kill each other. Now this war over, if he wants, he can come to my gym, be one of us and he’s nice guy, good guy, tough guy.”

It will be intriguing to see if ‘Trailblazer’ takes Khamzat Chimaev up on his offer to train together. With Darren Till already a close training partner of ‘Borz’, adding another eccentric personality like Holland’s to the mix could make for quality entertainment.

Khamzat Chimaev delivered yet another flawless performance at UFC 279.

‘Borz’ took on Kevin Holland in a five-round catchweight (180 pounds) bout in the co-main event. The Chechen-born Swede took Kevin Holland down in very beginning of the fight and then proceeded to submit him via a D’Arce choke.

Although no official reason has been stated, Chimaev may have been snubbed for the bonus due to him missing weight.

Khamzat Chimaev did not absorb a single significant strike in the fight. Despite his spectacular performance, ‘Borz’ did not receive a ‘Performance of the Night’ bonus.

Chimaev (12-0 MMA) was returning to action for the first time since defeating Gilbert Burns by unanimous decision at UFC 273. ‘The Wolf’ was sporting a perfect Octagon record of 5-0 with four finishes ahead of tonight’s affair.

Meanwhile, Kevin Holland (23-8 MMA) had entered tonight’s co-headliner on a two-fight winning streak, his latest being a submission victory over Tim Means back in June. ‘Trailblazer’ had gone 2-2 with 1 no-contest over his previous five Octagon appearances overall.

Following his lopsided victory, Khamzat Chimaev spoke with reporters at the UFC 279 post-fight press conference where he shared that his beef with Kevin Holland is now over.

“The guy is actually a nice guy, so I like him. Sometimes we don’t like each other before the fights.” Chimaev said. “It’s normal, we’re coming from the war to kill each other. Now that the war is over, he can come to our gym and be one of us.”

Khamzat Chimaev was then asked what he thought of the fans showering him with boos both before and after his win.

“People can say they don’t want to watch me fight, they’re liars. Everyone want to watch my fights, everyone wants to see a killer. Not that smoking sh*t and drug dealers here. I’m a professional athlete here.” 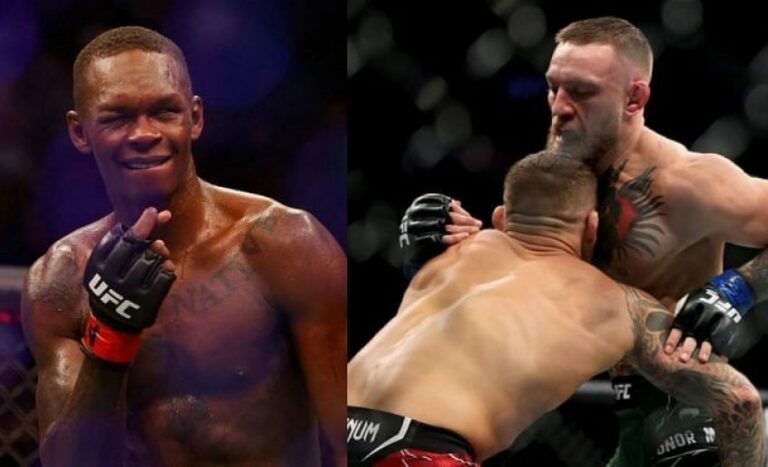 Conor McGregor’s leg break at UFC 264 left Israel Adesanya squeamish just like most of the rest of us. McGregor suffered a broken tibia and fibula in the closing seconds of the first round in his main event trilogy bout against Dustin Poirier at UFC 264, which naturally rendered him unable to continue. As a… 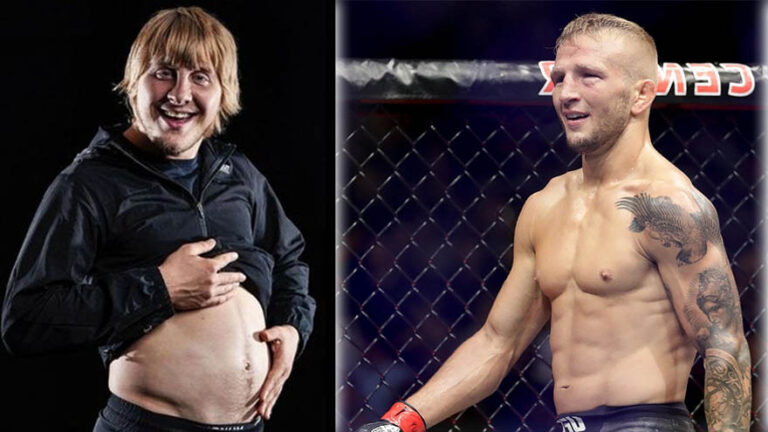 T.J. Dillashaw tested positive for EPO in the aftermath of his January 2019 defeat at the hands of Henry Cejudo. Dillashaw served a two-year suspension for it. Presently, T.J. is set to face UFC bantamweight champion Aljamain Sterling for the title at UFC 280 on October 22. Meanwhile, Paddy Pimblett is 3-0 in the UFC… 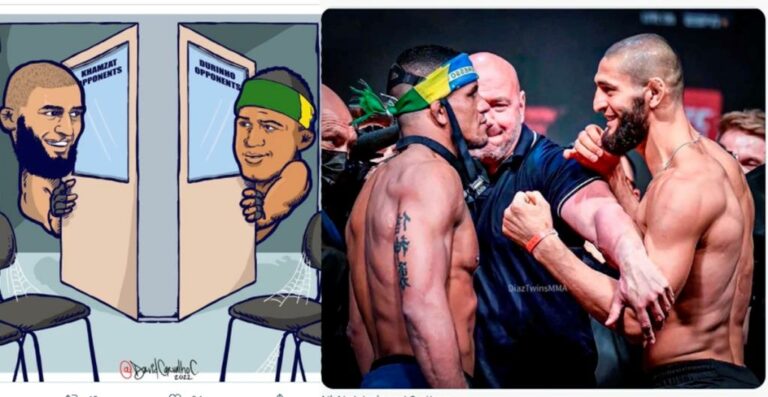 Khamzat Chimaev vs Gilbert Burns finally got a fight date in the UFC. Ever since Khamzat Chimaev has made his debut in the UFC, all he has been doing is asking for fights. The Swede made his promotional debut in July 2020 and has looked unstoppable since then. In his last outing, he toyed with… 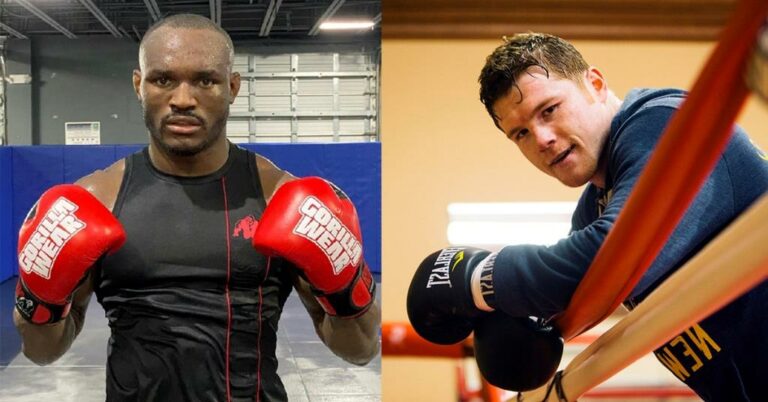 A fight against Kamaru Usman is one that Mexican boxing phenomenon Canelo Alvarez refuses to rule out. During his appearance on The MMA Hour this week, he said that he is now more open to the idea of competing against Usman than he had been previously. “Maybe. Why not? You never say no,” he said…. 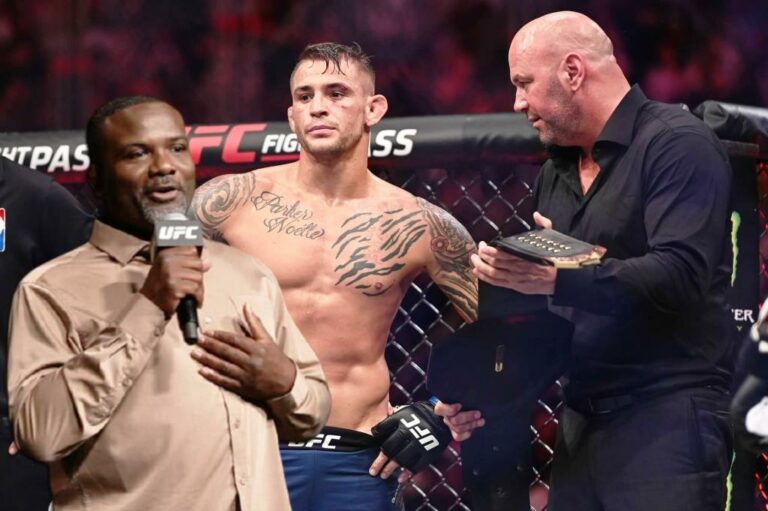 Retired American mixed martial fighter Din Thomas shared his thoughts on why Dustin Poirier has earned the right to fight whoever he wants in his next UFC outing. Attention has now turned towards Dustin Poirier potentially fighting Charles Oliveira for the UFC lightweight title. But if his recent Twitter activity is to be believed, a… 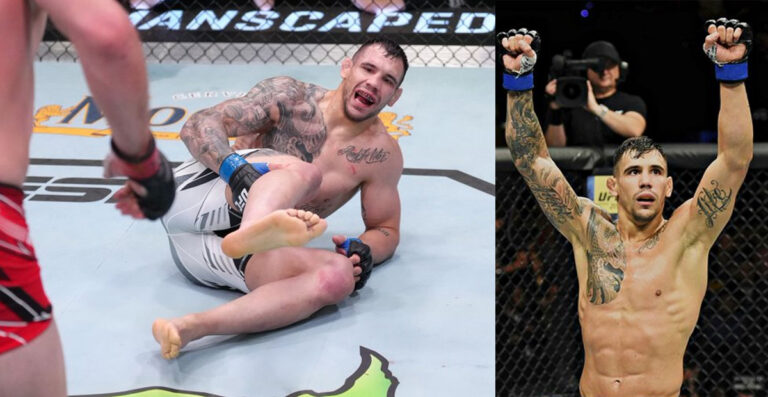