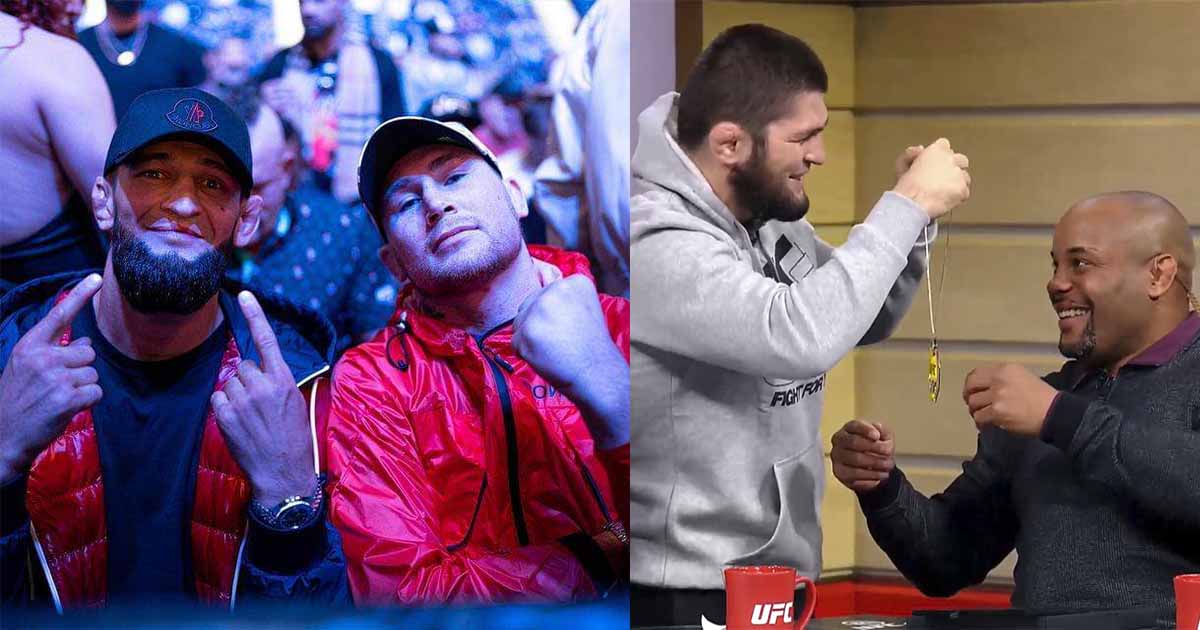 Daniel Cormier recently asked Khamzat Chimaev about his bond with Darren Till. While Cormier joked about their friendship, Chimaev compared it to the former two-division champion’s bond with Khabib Nurmagomedov.

According to ‘Borz’, his antics with Till are similar to Cormier’s behavior with Nurmagomedov in the gym. While we know him as a ruthless professional, Chimaev knows the importance of having someone to watch your back. The 27-year-old recently told Cormier:

Daniel Cormier and Khabib Nurmagomedov did not take long to hit off after the Dagestani joined the American Kickboxing Academy (AKA) in San Jose, where ‘DC’ was already training. Cormier and Nurmagomedov still share a very close bond with hilarious videos of the two often doing the rounds on social media.

“It’s infectious”– Darren Till on training with Khamzat Chimaev

Darren Till recently joined Khamzat Chimaev at the Allstars Training Center in Stockholm, Sweden. Till and Chimaev soon became the talk of the town, with their training videos going viral on social media.

The English MMA star also confessed to being humbled by Chimaev during sparring sessions. Having dropped four of his last five fights, Till finally seems to have found some hope of resurrection after training with ‘Borz’.

According to ‘The Gorilla’, Chimaev’s attitude and mentality is starting to rub off on him. The 29-year-old told ESPN MMA’s Brett Okamoto:

“After that Derek fight, I was looking at myself in the mirror, and it wasn’t me, It wasn’t Darren Till. I was looking at my shape. I just couldn’t identify myself, and that’s why it hurt so much. He [Chimaev] fully believes he’s going to smash every guy and make money, and you need to be around that s**t. Trust me because it’s infectious, especially to a guy like me, who believes that, as well.”

Darren Till will be cornering Khamzat Chimaev for his upcoming bout against Gilbert Burns at UFC 273.