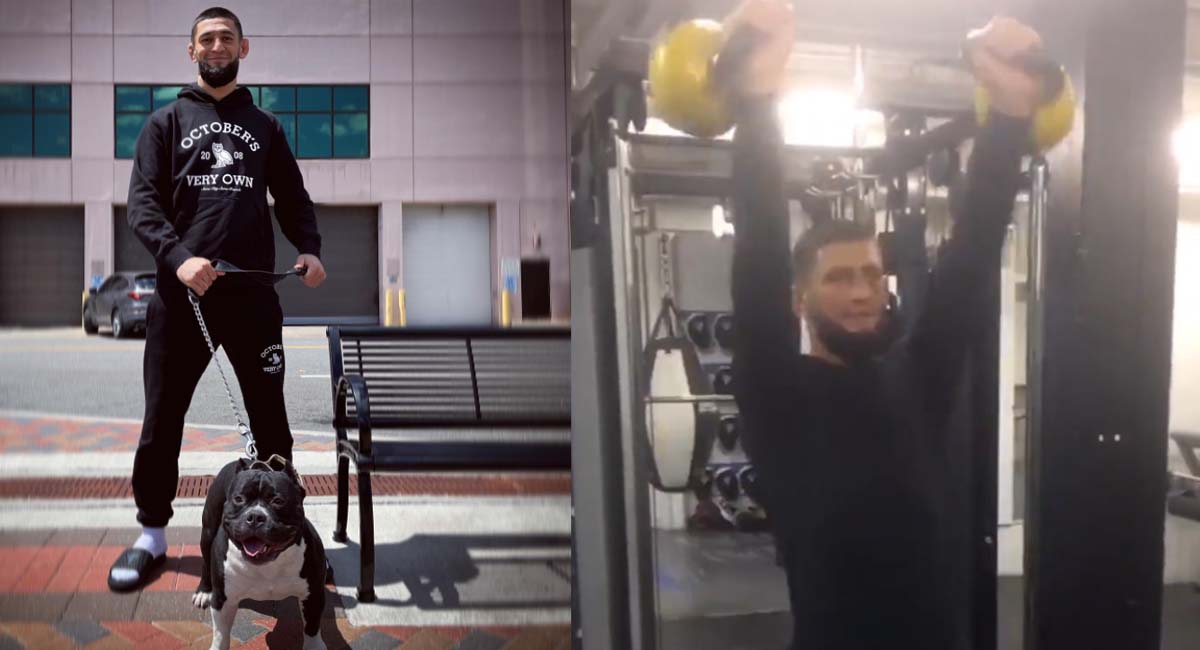 Khamzat Chimaev has proved his elite-level mentality once again by returning to training just three days on from his Fight of the Year contender at UFC 273.

The 27-year-old went battled with Gilbert Burns in Jacksonville on Saturday evening, eking out a razor-thin decision victory to catapult himself up to third in the welterweight rankings despite fasting for Ramadan throughout fight week.

Just a few days later, Khamzat Chimaev has opted to return to the gym to prepare for his next fight rather than put his feet up and relax after picking up his biggest victory to date.

‘Borz’ first burst onto the scene in 2020 at ‘Fight Island’ and picked up four easy wins to make himself a crowd favourite and one of the most exciting prospects in UFC history.

After passing his first serious step up in competition, Khamzat Chimaev can now look forward to fighting the very best fighters the UFC’s welterweight division has to offer.

The 170lb champion Kamaru Usman is currently healing up after having surgery on his hand but he is expected to return to action later this year.

Kamaru ‘The Nigerian Nightmare’ Usman will face the Birmingham-born fighter and long-time contender, Leon Edwards, but a fight against Khamzat Chimaev is surely at the forefront of his mind after UFC 273.

Before that, ‘The Wolf’ is expected to fight Colby Covington.

‘Chaos’ is the number one ranked welterweight fighter and currently working his way back into title contention after falling to a second defeat against Usman at UFC 268 in November.

The former interim champion recently picked up a win over his bitter rival Jorge Masvidal at UFC 272.

If Chimaev is able to get by Covington, he will surely have done enough to secure his shot at Usman.