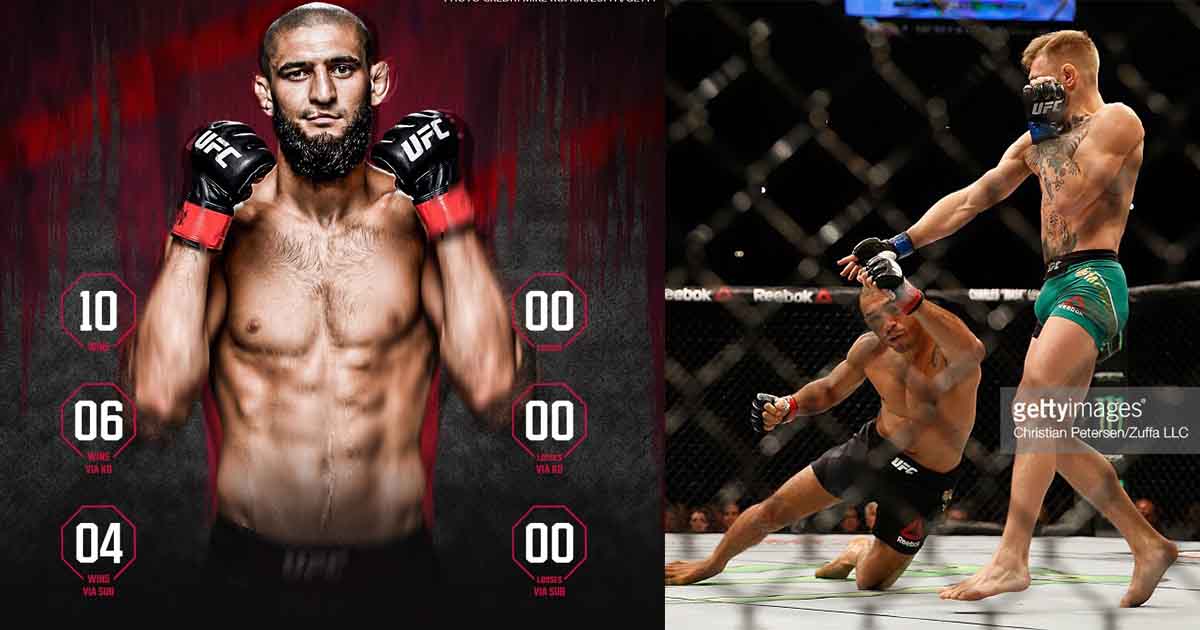 Conor McGregor has inspired many young talents to get into the sport of MMA, but not many would’ve expected rising UFC sensation Khamzat Chimaev to be among them.

During a recent conversation with ESPN’s Brett Okamoto, ‘Borz’ detailed how McGregor’s iconic one-punch knockout of Jose Aldo inspired him to get into fighting. Khamzat Chimaev said:

“I see the guy [McGregor] knock him [Aldo] out. I was thinking, ‘If that guy did that, then why I’m not going to do it.’ Mentally, I’m stronger than him, my body is bigger. I was feeling at that time [if I met] him outside, I can break him, you know? If he makes that money, why not me?”

While Conor McGregor was the first UFC fighter to win titles across two weight classes, Chimaev has set his sights even higher. The 27-year-old Swede hopes to make history himself by becoming a three-division UFC champion. Speaking to RT Sport, Chimaev said:

“I don’t want to be just a regular guy who won one belt. I want two or three belts. We’ll see, if I can do it I will do it. We may make our plans, but God has the last word.”

Chimaev has already been quite vocal about his eagerness to capture the welterweight title before moving up a weight to fight for the 185-pound belt. It is interesting to learn that ‘Borz’ now hopes to become a three-weight champion.

It all starts at UFC 273 when Khamzat Chimaev takes on former welterweight title challenger Gilbert Burns. The undefeated fighter will likely get a crack at the welterweight crown should he get past ‘Durinho’ in their much-anticipated showdown on April 9. While a fight against the Brazilian will represent the toughest challenge of Chimaev’s career, ‘Borz’ is a massive favorite to emerge victorious.

It is interesting to note that Chimaev doubling down on his desire to fight across three-weight classes comes after ‘The Notorious’ expressed interest in capturing a third UFC title by fighting welterweight champion Kamaru Usman.