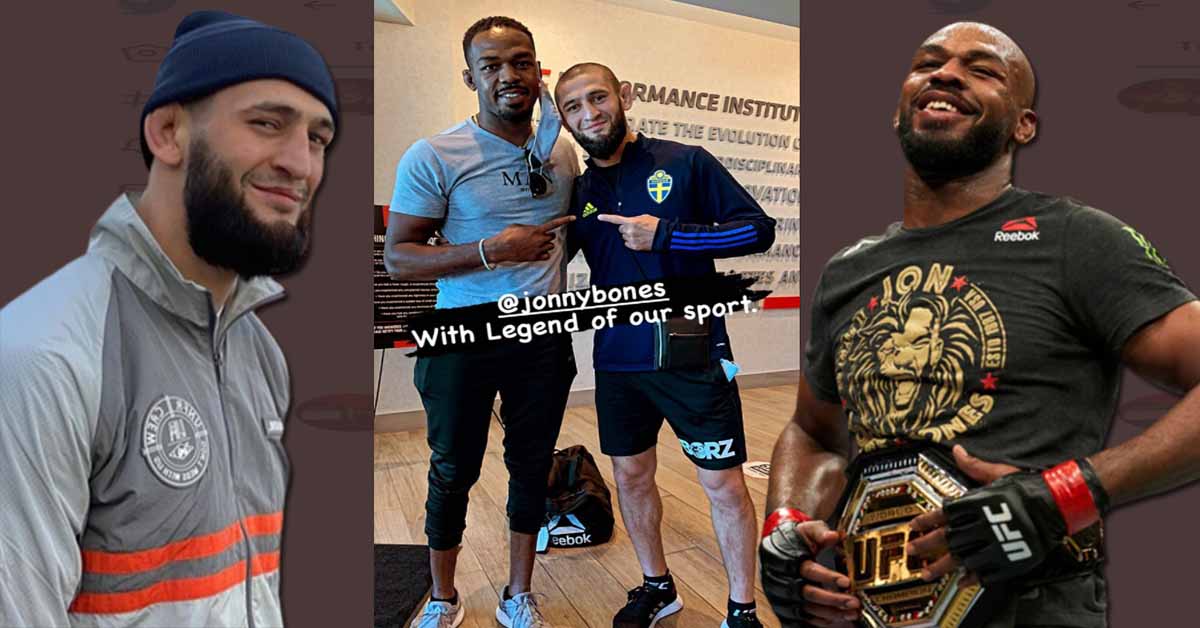 Following Jon Jones’ personal troubles and the newly surfaced video of his arrest, Khamzat Chimaev took to Twitter to speak out against those who are opposing the troubled 34-year-old.

MMA fighters and fans across the world have been torn between supporting and opposing the UFC star. The former light heavyweight champion has been stuck in a vicious cycle of controversies outside of the octagon, ranging from relationship breakups to domestic abuse and more.

Khamzat Chimaev has gone out of his way to show some love to Jones over social media in hopes his words can help get the UFC Hall-of-Famer back on track, saying:

“We are with you legend.”

Chimaev never shies away from speaking his mind. His message of encouragement will undoubtedly be a boost for Jones.

Chimaev’s comments have been met with a considerable amount of backlash from those who believe the American doesn’t deserve any sympathy.

While Jon Jones remains arguably the greatest mixed martial artist in existence, Khamzat Chimaev, alongside a bunch of fight fans, is desperate for the rangy wrestler to get back to where he once was and compete for the UFC once again.

Although it looks like Jon Jones could be on his way back to the octagon after he teased a matchup with Stipe Miocic, ‘Bones’ must first find a way to deal with the difficulties during this trying time.

The soon-to-be UFC heavyweight recently announced that he and his long-term fiance have broken up following his altercation with officers in Vegas. Since then, he has understandably been struggling with loneliness and other mental health issues, which he shared with fans on Twitter.

After a number of fans took the time out to check on the former Jackson-Wink fighter, Jon shared his immediate thoughts on the situation.

Video: Jon Jones kicks up a fuss as he’s arrested in Las Vegas after Hall of Fame induction

A hiatus from the sport to resolve ongoing issues could be just what Jones needs. And while the heavyweight picture could look completely different upon his return to the octagon, his goal of capturing gold in another division will remain the same.