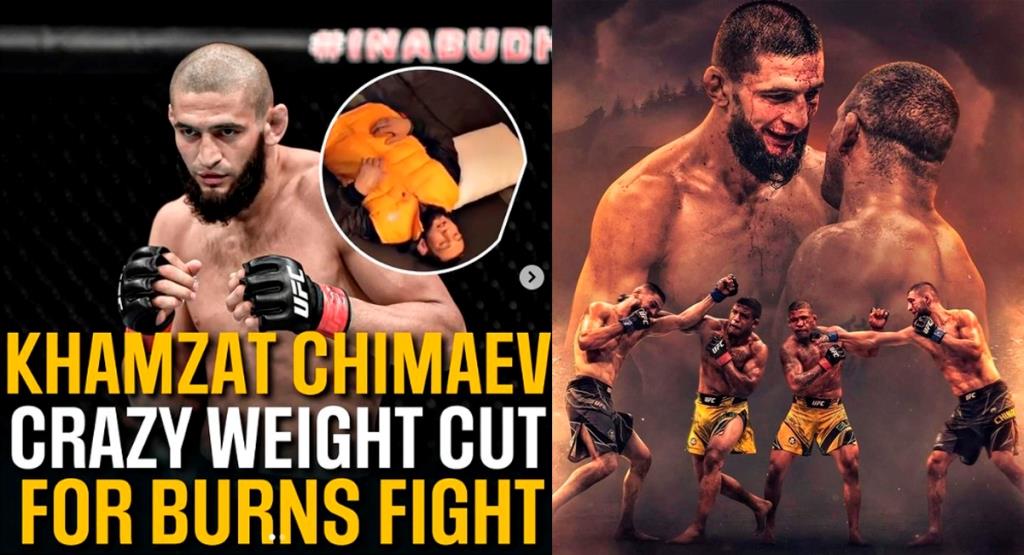 With the victory, Chimaev continues rocketing up the UFC ladder toward a title. Burns was widely-regarded as a leap up in competition for “Borz,” who has now won all five of his UFC fights inside the distance. His other UFC victories came over John Phillips, Rhys McKee, Gerald Meerschaert and Li Jingliang.

Prior to UFC 273, promotion president Dana White said if Chimaev won, the promotion would likely book him against Colby Covington for a main event on ABC. No timeline for the fight was revealed.

Khamzat Chimaev might still be recovering from the impressive fight he had against Gilbert Burns in his most recent UFC event. As he tore through the first opponents who were lower ranked than the Brazilian, Chimaev finally got a glimpse into what awaits for him in the Welterweight division.

The top fighters won’t be easy for him to defeat, especially as he goes higher up the food chain until he can get that title shot against Kamaru Usman. But in order to get to where he needed, there was a gruesome procedure he had to endure in order to make the weight before the fight.

Fighters who don’t get to the demanded weight will always get disqualified, you can be slightly below or above it by 2 pounds but nothing more than that. Fighters who are too far from that weight with little time to get there can get in real trouble of the life threatening kind.

In Chimaev’s case, he underwent a horrible weight cutting method that includes him getting into gear that makes his water weight disappear in a matter of hours. This is almost never recommended in any professional fighter but they still do it often in order to meet the requirements.

In a video released on various social media MMA accounts, there is Khamzat Chimaev truly struggling to make the weight before the fight. Faiting once and almost fainting a couple more times throughout the process. It’s hard to watch material but in the end, the fight was one of the most memorable ones in recent memory.

After fighters make the weight, they often go eat a lot of carbs and gain back their energies. All that matters before the fight is making that weight on the scale, then the pressure eases severely after that. Chimaev is just the latest example of the hell some fighters can go through when preparing for a fight.

Khamzat Chimaev appears to faint several times in harcore weight cut footage. Slide to the side