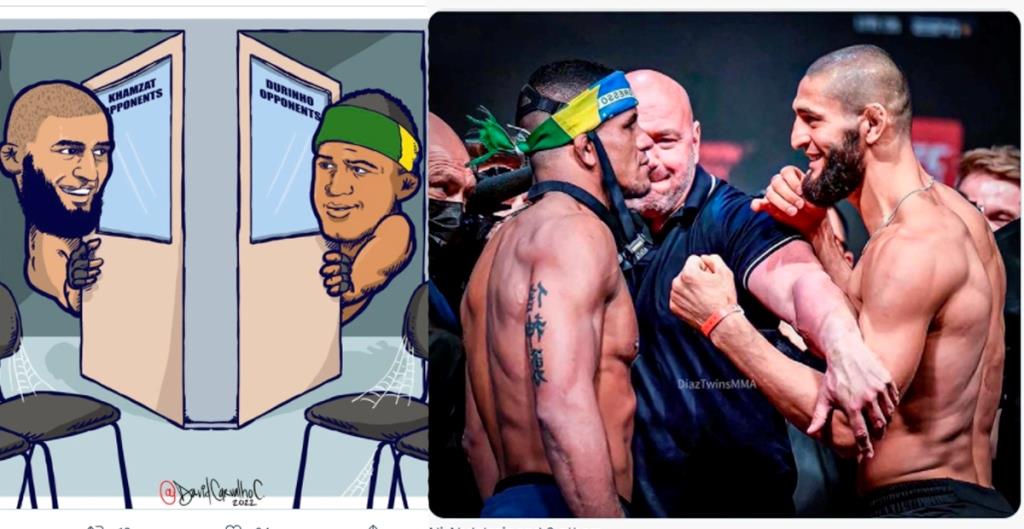 Khamzat Chimaev vs Gilbert Burns finally got a fight date in the UFC. Ever since Khamzat Chimaev has made his debut in the UFC, all he has been doing is asking for fights. The Swede made his promotional debut in July 2020 and has looked unstoppable since then. In his last outing, he toyed with one of the toughest welterweights, Li Jingliang, and submitted him in the first round.

Since the fight, he has been looking for big names to fight against and even called out the likes of Nate Diaz and Jorge Masvidal. Now, it looks like his wish is coming true. According to Combate’s Raphael Marinho, the UFC is planning to book him against Gilbert Burns.

“In addition to the two belt disputes involving Brazilians (Glover and Do Bronx), UFC was negotiating to have Gilbert “Durinho” vs Khamzat Chimaev in Brazil. The trend now is for the fight to be brought forward to April 9, depending on the approval of Chimaev’s US entry visa.” (Translated by: Google)

Originally, the fight was being booked for UFC 274. However, the card is now not happening in Brazil, and in response; the promotion is looking to shift the fight.

This is a fight both fighters are itching for. They have called each other out multiple times on social media and looks like finally, their wish is going to come true. This fight will have huge repercussions for both fighters. As ‘Borz‘ is a rising star, a win over a top star like Burns will immediately make him a title contender.

Burns, on the other hand, wants to get back in the title picture. If he defeats the biggest prospect in the UFC right now, it will propel him back to the top.

A fight between Khamzat Chimaev and Gilbert Burns is going to be an exciting one and fans will tune in for it. Do you think this fight will happen on April 9?