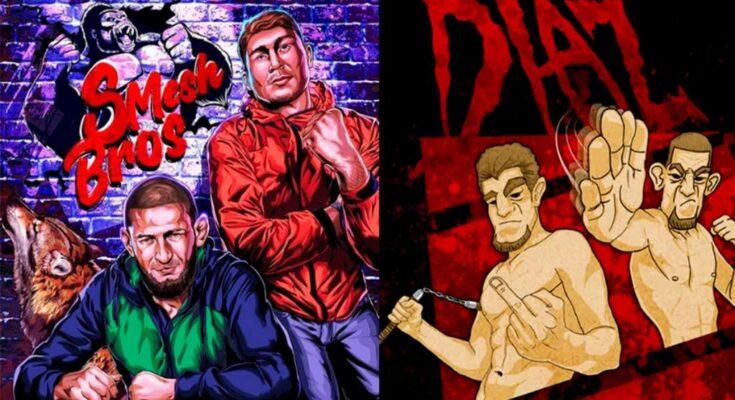 One thing that has quickly become clear about Khamzat Chimaev is that he’s a complete wildcard both in and outside of the Octagon. He’s the sort of character who is always going to leave you guessing, whether it be from his dominant fight style or his unique personality.

The undefeated welterweight, who in April engaged in one of the best fights of the year with a win over Gilbert Burns, has long circled a showdown with Diaz after the UFC attempted to book the matchup several months ago.

The Chechen sensation has a big future ahead of him and yet, even though he’s heading further up the division, he can’t help but look elsewhere for potentially huge money fights.

He’s made no secret of the fact that he’d like to get in there and throw hands with Nate Diaz, to the point where UFC president Dana White even seems to be interested in the idea.

“No, it’s never been close [to a done deal],” Khamzat Chimaev said on the Blockparty podcast. “The skinny boy, when I said let’s fight, I was good weight, good shape, and now I’ve been lifting weights, I go up like three kilos. Now he says let’s fight.

“He was thinking, is August too early to cut weight? I don’t care, I’m going to cut my weight and fight with him if he’s ready. I’ll smash that boy. He won’t be the same Diaz anymore.”

On Twitter, Diaz claimed he’d accepted a fight against Khamzat Chimaev but wanted to return to action in July; the fight would mark the final bout on his current UFC contract.

Diaz has remained at odds with the promotion over his next fight, with several attempts to book a matchup against Dustin Poirier failing.

“I’ve been trying to fight for a year and months,” Diaz wrote. “I also tried to fight Khamzat for the last month and a half but he was hurt, had visa issues, overweight and now his b**** ass is off getting married instead of fighting.

While Diaz has said he’s willing to face Khamzat Chimaev, it appears the two sides aren’t any closer to actually making the fight happen, and the Chechen mauler is getting frustrated.

It hasn’t quite come to fruition just yet but in a recent interview, Chimaev has decided to take it one step further by getting Darren Till and Nick Diaz in the mix too.

“I can take his [Nate Diaz] brother as well. Take his f***ing brother, I can take his brother and smash him too. First time in the UFC, two against two. We’re gonna smash them. There are two kings here. Me and my brother, the English king as well [Darren Till].”