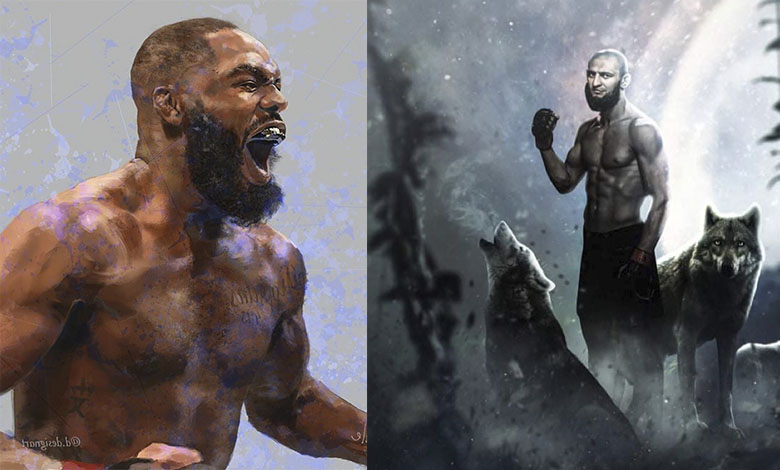 Khamzat Chimaev recently invited Conor McGregor to train alongside him. However, it looks like the Irishman isn’t the only fighter Chimaev wants to train alongside, as he has now extended an offer to Jon Jones.

While taking time off from active competition, Jones has undergone several personal troubles in life. Khamzat Chimaev took to Twitter to showcase his support for the former UFC light heavyweight champion, writing:

“We are with you legend.”

In a recently uploaded video on his YouTube channel, Khamzat Chimaev admitted that he wants to train alongside Jones. ‘Borz’ also reflected on the opponents ‘Bones’ has beaten throughout the years, saying:

“Maybe I will write to Jon Jones. I said I want to train with him. The guys who he beat, it was monsters, monsters in his division. He didn’t get easy fighters but he made them look easy.”

Conor McGregor is currently preparing for his return to the octagon after suffering a gruesome leg injury in his last fight against Dustin Poirier. McGregor’s 2021 didn’t exactly turn out the way he would’ve hoped for, as the former UFC double champion suffered two back-to-back losses to ‘The Diamond’.

Taking to Twitter, Chimaev extended an offer to McGregor, claiming that he and his team were waiting for the Irishman in their camp. Chimaev wrote:

“If you want to come back we will help you, we are waiting for you in our camp @TheNotoriousMMA”

‘Borz’ will be stepping back into the UFC octagon at UFC 273 as he crosses paths with former welterweight title contender Gilbert Burns. ‘Durinho’ will be heading into the fight on the back of a win over another former title challenger, Stephen ‘Wonderboy’ Thompson.

With a win over Burns, Chimaev will hope to earn a shot at the UFC welterweight title, regardless of whoever is in possession of the belt after the reported Kamaru Usman vs. Leon Edwards fight.